This halberdier is a little different than the others from last week; this one is part of my proper Warhammer Empire army I collected back in the early 90s.

I remember a few years ago, GW pushing an idea of organizing Empire army themes around military orders (as well as state armies,) so I named my group The Order of Katzbalgers. The colors are red, white and black with a few blue accents.

A few years ago, I also posted photos of the gunners and crossbows of my army. Here are a couple of those pics, as well as a photo of one of my cannon. This is all I have painted for the army so far. I have four more cannon, and full 24-man units of knights, greatswords, spears and two of halberdiers. A general, his herald, and 10 pistoliers will complete my Katzbalgers/army repainting project. 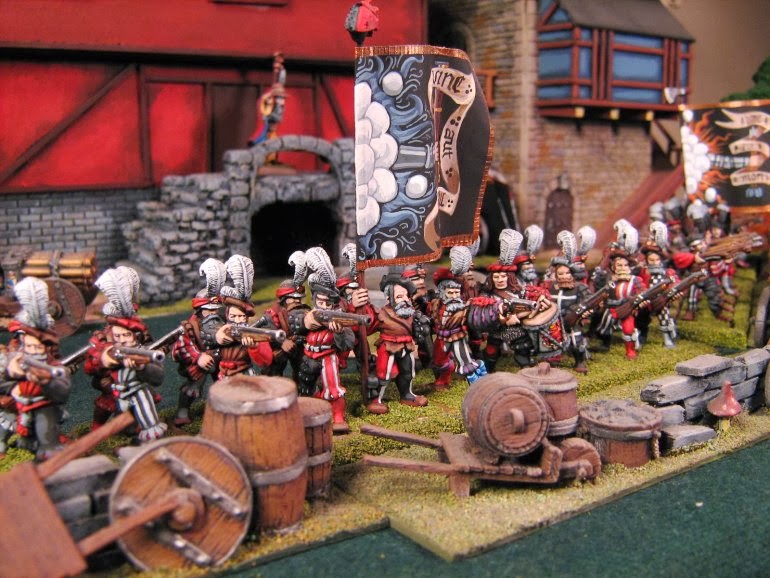 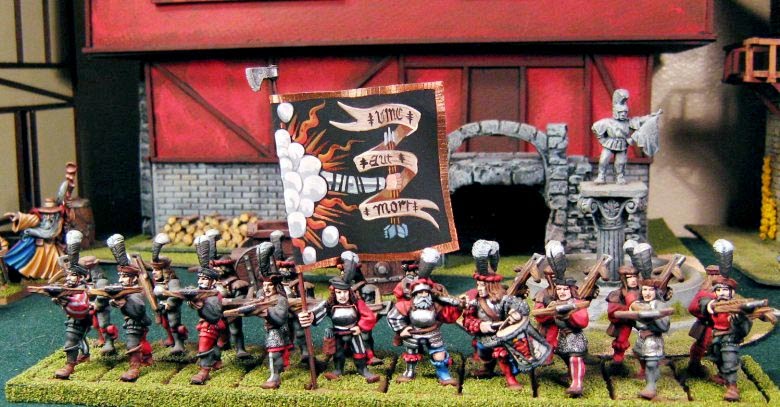