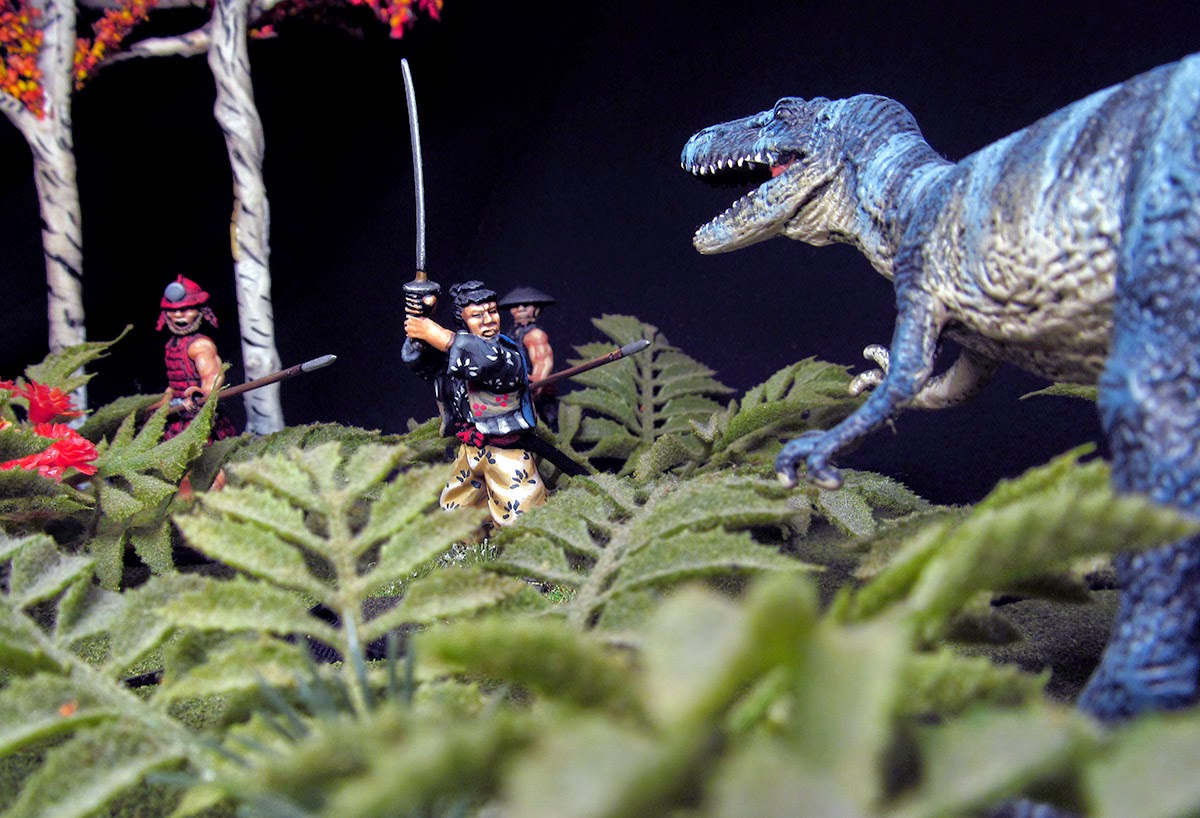 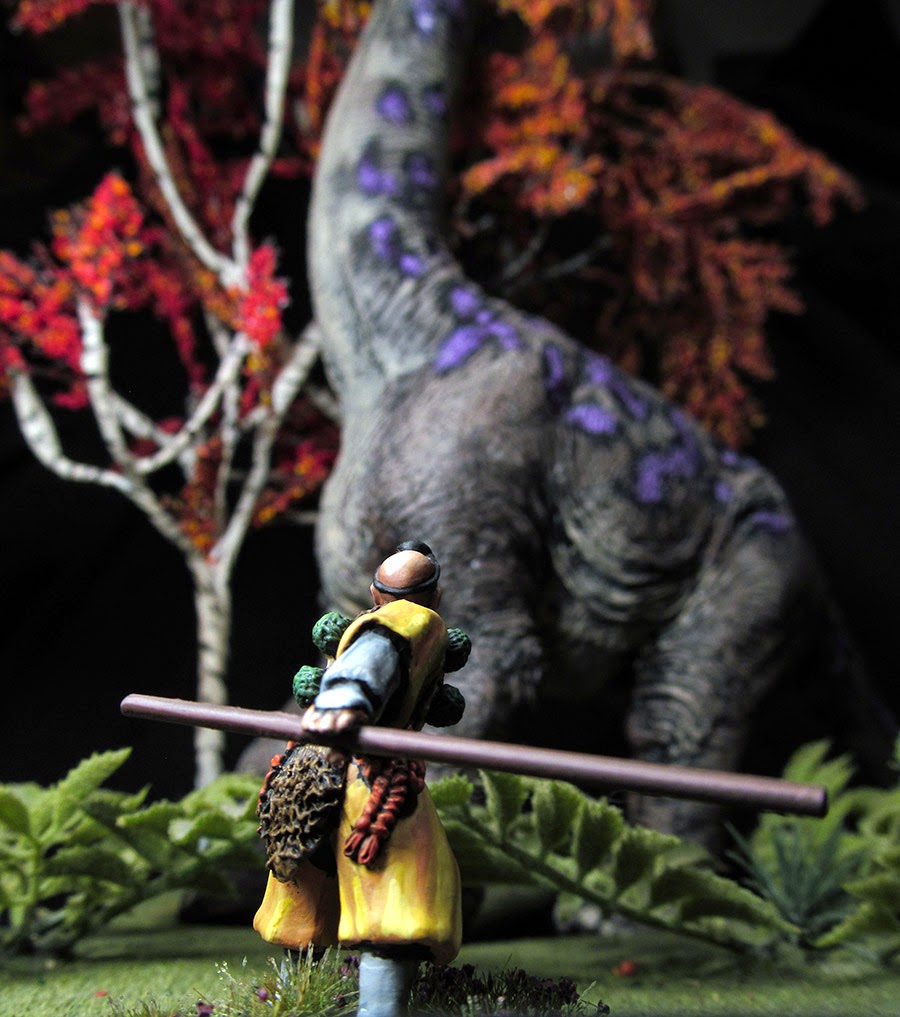 Blog follower Ted requested some pics of dinosaurs and samurai, so here are just a few that I had time to set up. These 42mm samurai (by Steve Barber) are actually very close to the same scale as these dinosaurs, so a Lost World type adventure game in old Japan isn't actually out of the question.
In fact, the beer and pretzels dino-hunting game "Tusk" actually has rules for Conquistadors vs. Dinos that could easily be converted to Samurai vs. Dino (change pike to spear and rapier to katana; Tusk really is that simple.)

In other minis news, I'm eagerly awaiting my new batch of 54mm generic figures. I have a lot of ideas running through my head. If the Rogue Planet rules pdf gets released soon, it'll give me even more ideas; I saw some mention of "pawns" in the game -- characters that seemed to act like a supporting cast (for example, I saw mention of a "ammo grunt.") I would love to model two or three of those pawns. You just don't see a lot of figures like that, and it would add some more flavor to the game. I'm also thinking of making a jet/jump pack or two for the figures, though, I'd like to see if anything like this is actually in the rules first ... I'll probably just add the jetpacks anyway.

And speaking of gaming rules, check out Two Hour Wargames new rule set, "Two Hour Dungeon Crawl." Finally, a true solo dungeon crawl! You can even play the game out on graph paper; how old-school-cool is that? You can find the rules on sale here. 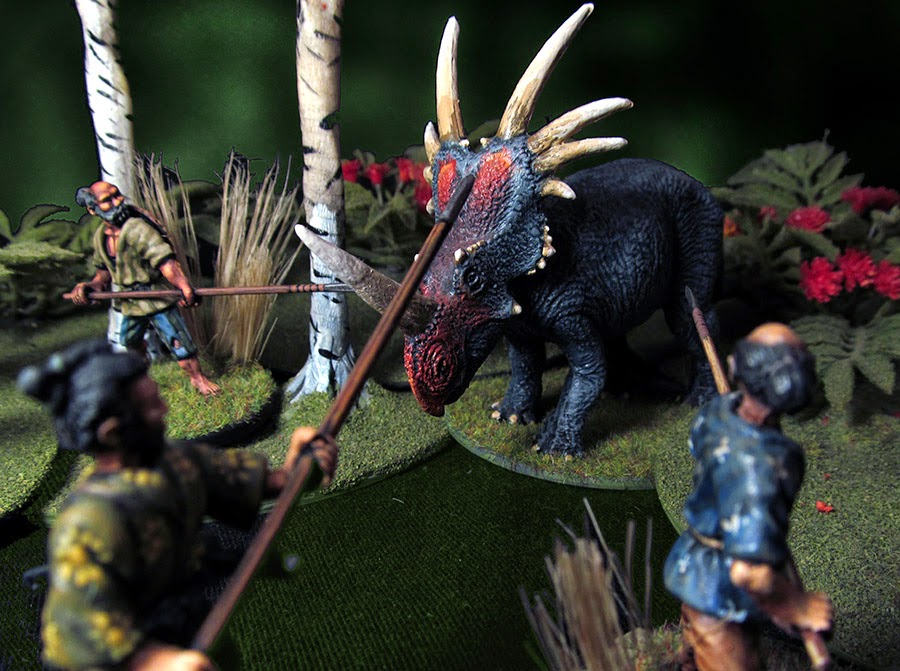