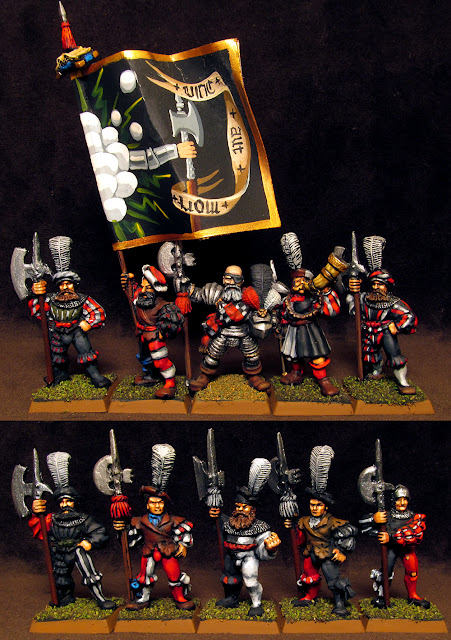 Painting those terminators got me into the mood to (re)paint more of my Games Workshop figures. I collected my (fantasy) Empire army from 1988-90, with a few random acquisitions through the 90s.

A few years ago, I reorganized the old, poorly painted collection and chose some representative regiments to strip down, reprime and repaint. I actually finished a regiment each of handgunners and crossbowmen, and then my project came to halt, probably as I was distracted with whatever the latest kickstarter was at the time.

Well, I finally got back to the project finishing the first two ranks of one of my two halberdier regiments. And oh, how easy these figures are to paint, with simple poses, minimal accessories and crisp sculpting. Nowadays, it seems like it's a contest among sculptors to see who can cram the most crap onto one figure -- "He's a grunt? Put 15 skulls on'em." I didn't see one skull with these first 10 halberdiers.

The command group was actually painted earlier, but having them partially done allowed me to finish these 10 figures quickly, helping me to get into the groove easier. I have plenty of figures, though, and I'll probably not finish the entire army during this round of painting. I have yet to paint (20 figures of each): Greatswords, spearmen, another group of halberdiers, and foot Reiksguard (anyone remember those?) I also have a small group (5) of mounted Reiksguard, some pistoliers, a few random characters on foot and mounted, and three great cannon (two are painted!)

These will keep me busy, at least until the next crate of kickstarter figures arrive.
Below are some of old photos of the items I've already painted -- I guess I had a little more done than I remembered. 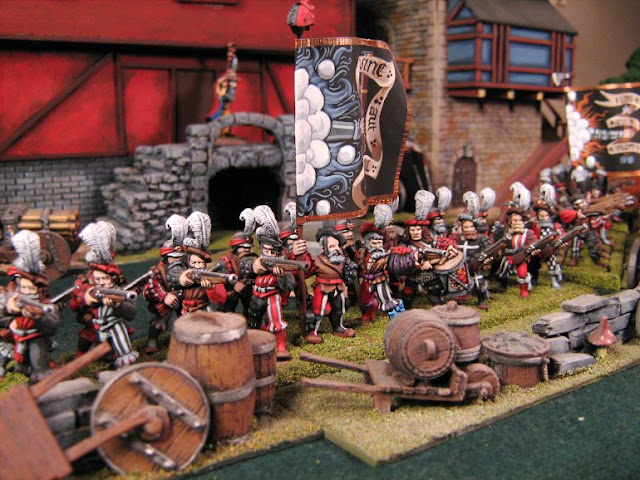 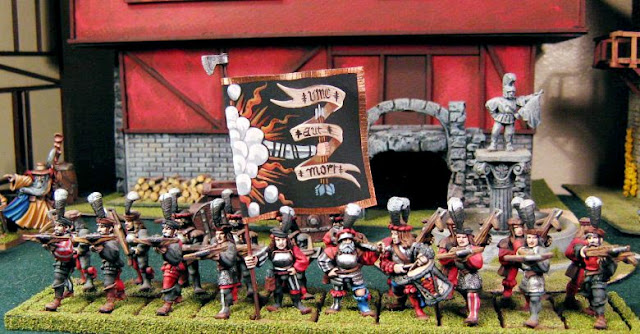