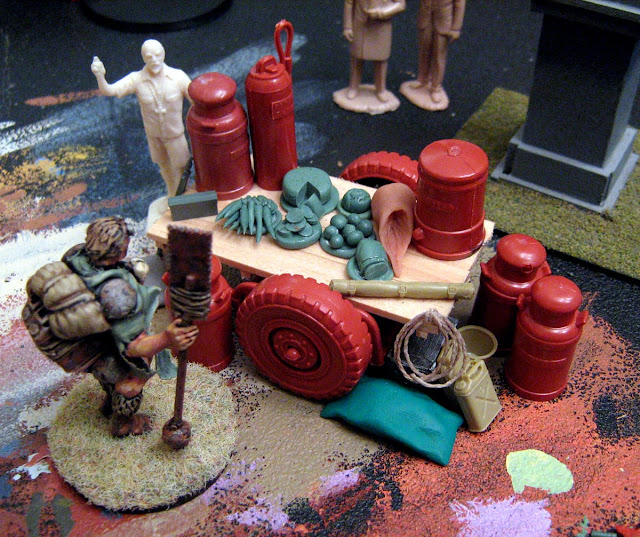 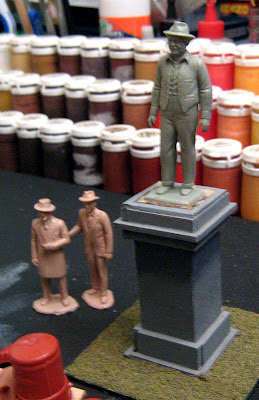 Here's a dry-run of my post apocalyptic street vendor. Sure, it looks like a lit of food and drink, but keep in mind this is one of probably only a half dozen general stores in one of my cities.

My plan is still to paint the milk cans to resemble ancient Greek amphoras. I may or may not (depending on how fiddly it gets) add an awning over the cart.

The statue was originally the figure I was going to use as the merchant with the cart, but he turned out to be 60mm, not 54mm ( a little large for my taste.) So I'm turning him into a statue of "The Oppenheimer." To his left in the photo are two suits I'll add gas masks to; they'll become two war priests of Rubikon.

The missionary figure (to the left of the cart) will probably be the new owner of the cart (with hand up announcing low low prices.)

None of this stuff has any gaming value (at least in Red Sun Black Moon for which all of this was purchased.) This will all just be some nice scenery to decorate arenas and such.
Email ThisBlogThis!Share to TwitterShare to FacebookShare to Pinterest