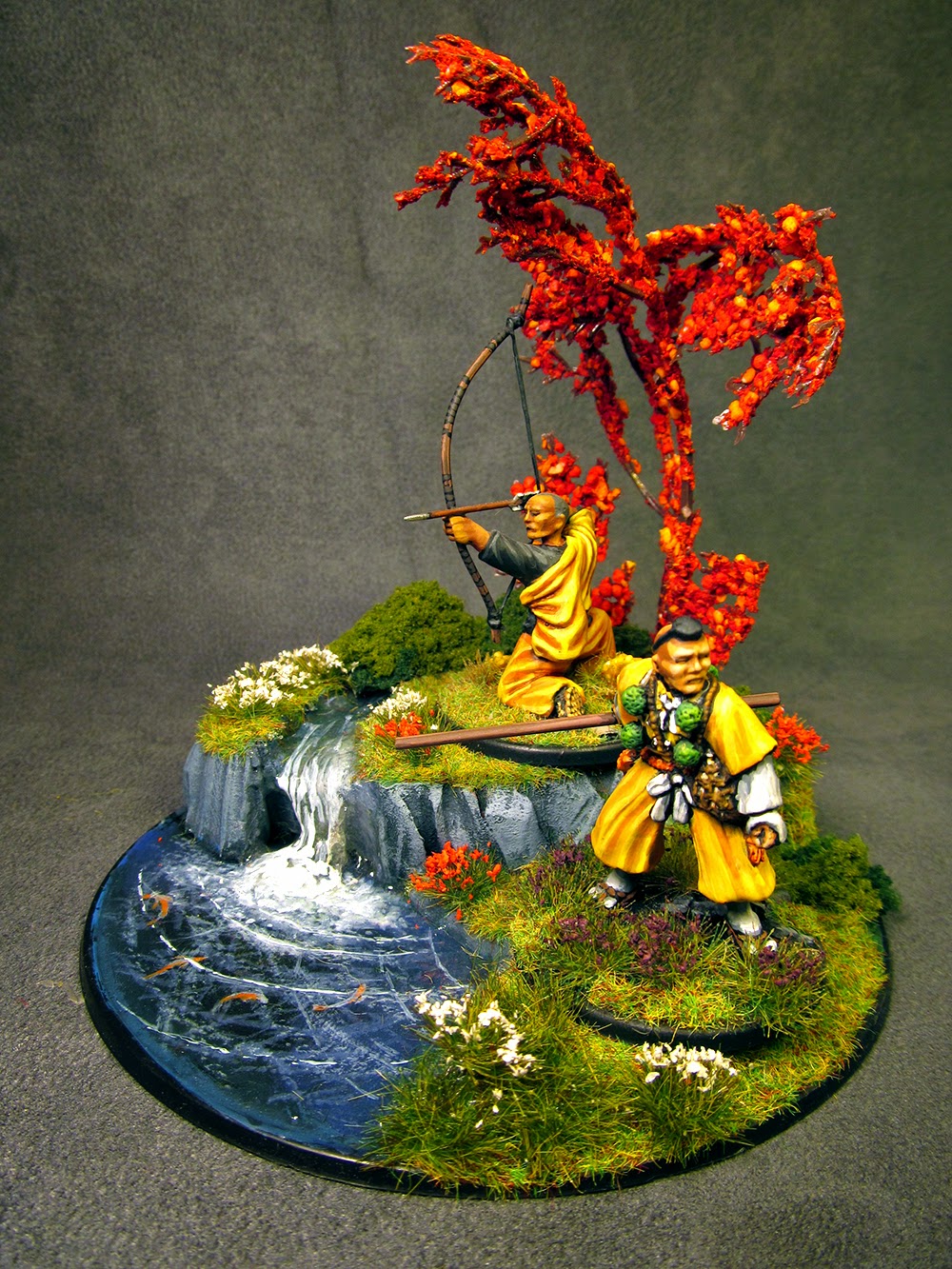 So I had these 120mm bases sitting around, and I wasn't quite sure what to use them for (I don't own any dragons or huge minis.) So I'm making these fun little terrain pieces to serves as objectives/areas for my samurai (and other) skirmish games. I used the word "areas" because I'm using the Red Sands series (by Two Hour Wargames) to play my samurai games, and in the Red Sand series, figures move from area to area. Each area can only hold three figures (as do my little terrain vignettes.)
When I'm not playing, these serve nicely as display bases for a figure or two.

I made the nicer of the two vignettes here by cutting some blue foam to fit the base. I carved out the creek bed and used two-part epoxy resin for the water. The foaming water is simply white paint applied directly to the cured resin. Grass, foliage, tufts, flowers and tree to finish. (The tree was made using floral stems from Hobby Lobby.)

The rocks on the second base were made from blue foam scraps that were sanded smooth. I kept the second base simple because I wanted to bang it out in a half hour. (The waterfall base took a couple hours.)

I have two or three of these 120mm bases left. I think I will do a Japanese water well for one and maybe a tiny graveyard for another. That should give me enough time to think about what to do with the last one -- perhaps a tiny footbridge over a little creek.

I used one of these bases a little while ago to make a ruined stone corner. It looks nice and provides some cover on the field, but it isn't meant to hold figures; the remainder of these I want to hold two or three figures each.
Email ThisBlogThis!Share to TwitterShare to FacebookShare to Pinterest