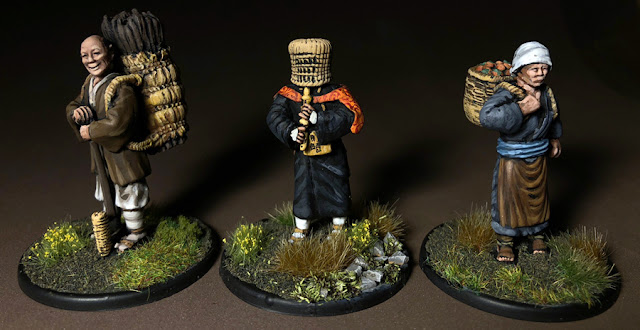 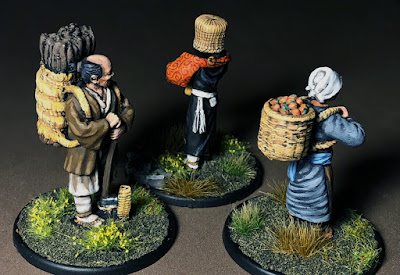 We have, from left, a (happy) woodsman, Komuso monk, and a peasant woman. Nothing was changed with any of them, though, the peasant woman comes with an alternate pack (smaller bundles of wood.) The packs are separate, and I made sure to have Steve sculpt every angle of the packs so that they could also be used as pieces of scenery/accessories (many packs are not sculpted on the side that will be attached to a figure.)
I have a couple more 40mm Japanese figures to paint (with another batch in the post.) Elizabeth also has a copy of a Komuso monk to paint -- her first large scale figure. And then it's back to the Rise of Moloch figures -- so much to paint!
5 comments:
Email ThisBlogThis!Share to TwitterShare to FacebookShare to Pinterest

New commission pieces by Steve Barber Models! Sorry for the poor photo quality, I wanted to get these posted. They are, from left, a Komuso monk, a woodsman, a peasant girl, and a conversion made using the woodsman, a spare head of an old man, and a pack option that goes with the peasant girl (all packs are separate and interchangeable to provide plenty of conversion options.) The girl's pack is a basket of persimmons.
I have more commissions scheduled for the future! The next year or two will see a couple travellers of the Tokaido road, a boy with a pack horse (the boy will also be able to hold the hand of the peasant girl here,) a Buddhist pilgrim, a running messenger, and possibly a shamisen player (walking as a busker.) 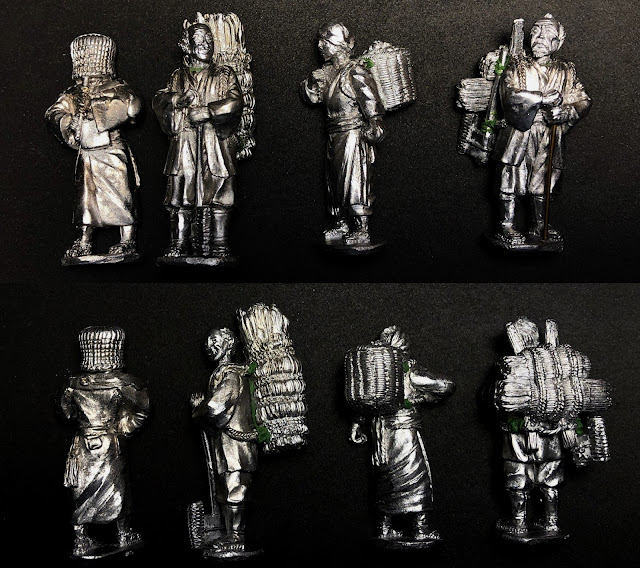 These are the Kushites from the Conan board game (by Monolith.) I've also painted Ageera and Amboola here so I could make a full squad of six figures -- why? Because I'm using this set not to play Conan, but with Zombicice: Black Plague! And they cleaned house the first time we played with them.
These were also my first set of figures painted using a new tiny brush. So the beads and ornaments were easier to do. I've wanted to paint these for so long, but had been intimidated by the details -- until I got that brush (the brush is nothing special -- just a $5 student grade watercolor brush with a good point.) 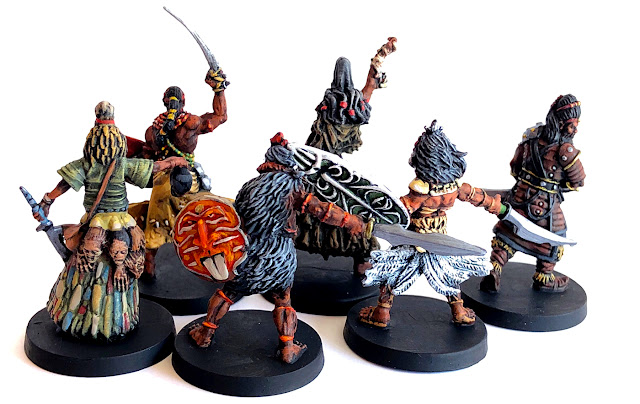 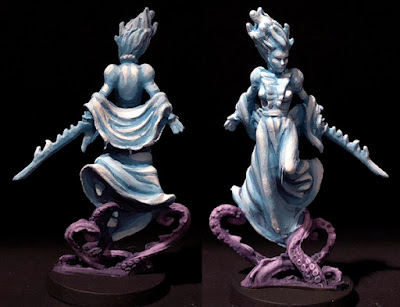 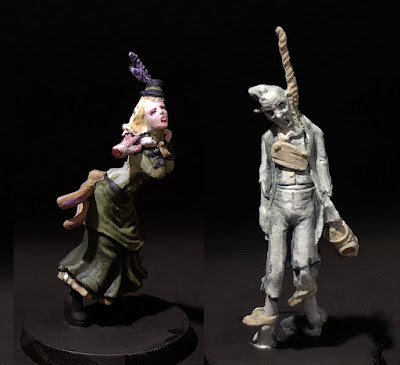 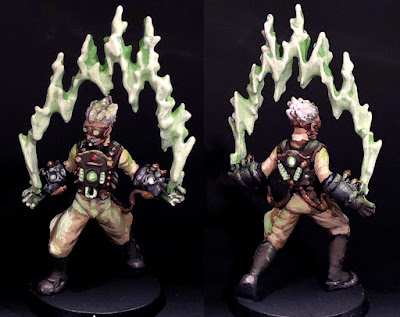 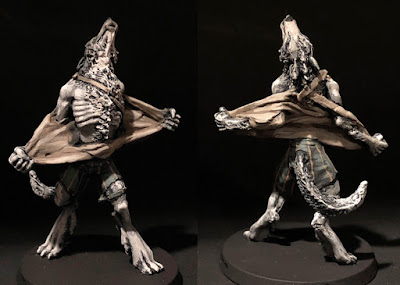 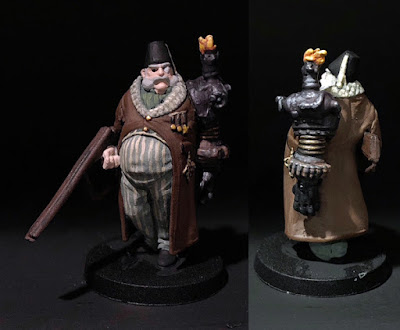 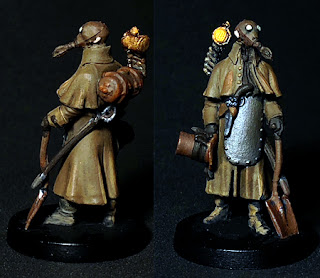 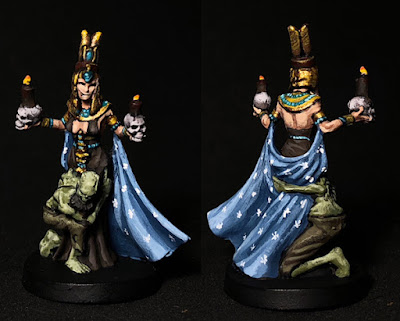 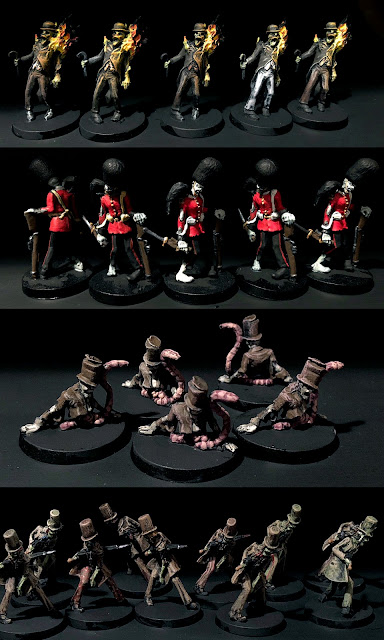 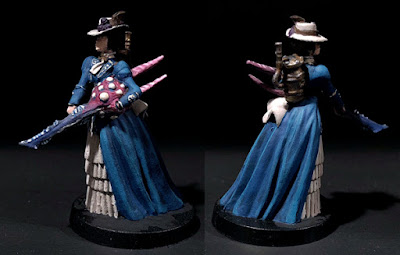 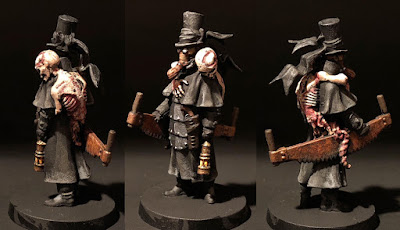