Sort of a sequel to my popular Waiteri Scouts photo (seen here.) This is the whole tribe. 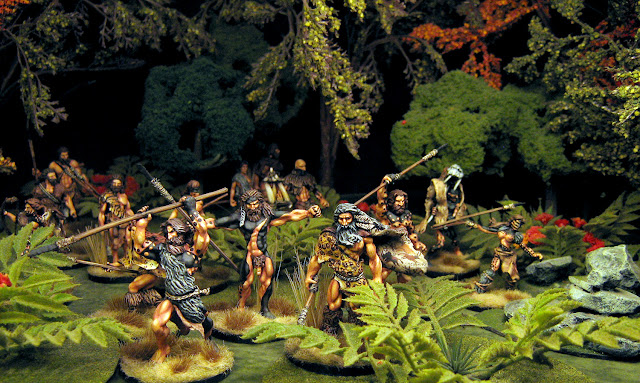 Here are a few of my D&D figures as requested. Also- I think my painting drought is soon to come to an end; Taking pics of my samurai led to me ordering a few more of the zen warriors. Not much -- an ashigaru, a couple samurai, and an ikko ikki monk -- but still enough that might snap me out of this funk. 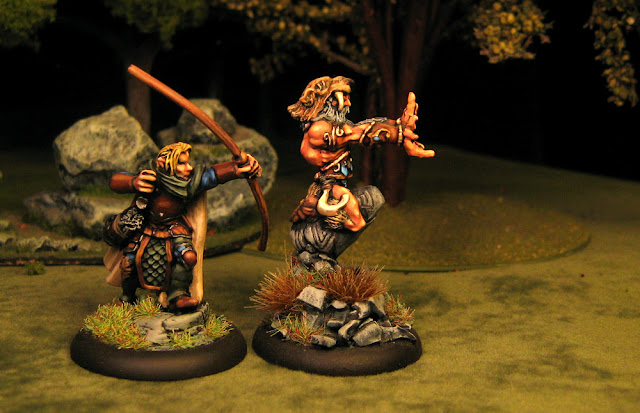 As requested, here are my 42mm samurai (by Steve Barber models). I use these to play a "reskinned" Red Sands Blue Sky. For those familiar with the ruleset (by Two Hour Wargames), my samurai version is less of a skirmish and more a a duel. (I do one or two samurai with a couple supporting ashigaru per side.)

Just so that my blog doesn't get too stale while I'm on a painting hiatus, here are a couple new photos ("eyecandy") of stuff I've painted in the past ("reruns.")

If you want to see new photos of anything you've seen here before, just drop a comment, and I'll take the photos. At least I'll get a touch of photo practice if not painting practice. 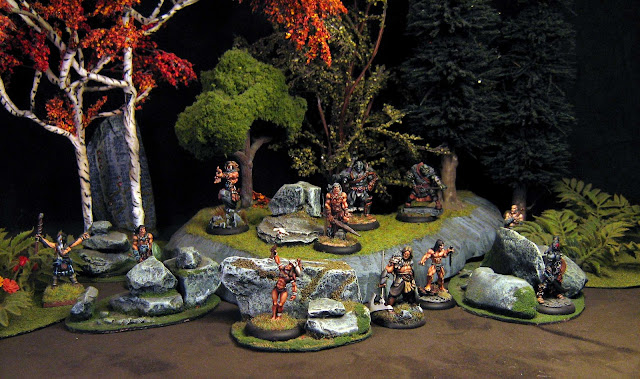 9 comments:
Email ThisBlogThis!Share to TwitterShare to FacebookShare to Pinterest

Couple more cartoons from my letters

Still no figure painting. I'm more comfortable with it, now, and I think that will actually help me get back into painting later. In the meantime, here are a couple more cartoons from letters I've written. One letter was about my chess prowess (guess how good I am,) and the other letter was about how I've donated 5 gallons worth of blood in the past few years. 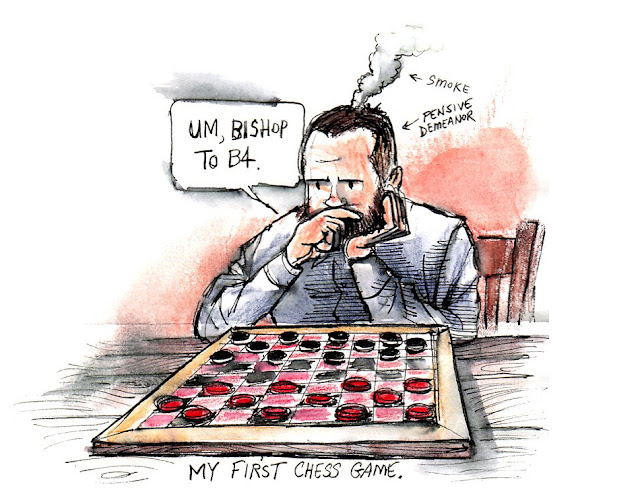 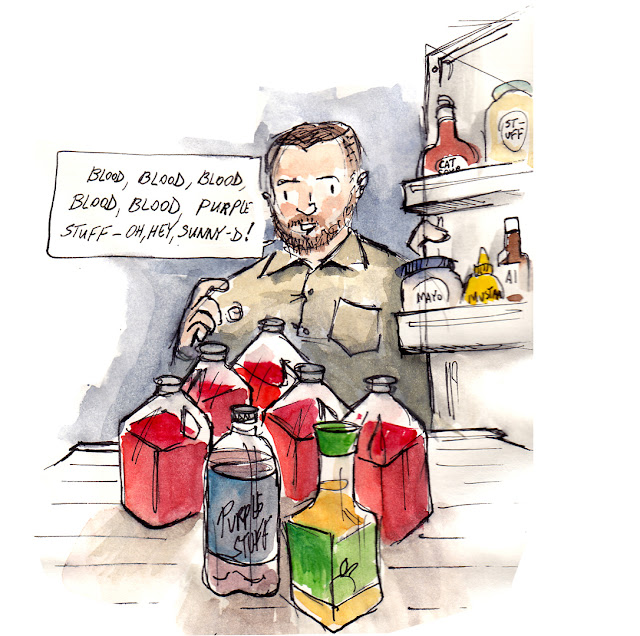 I'm pretty sure the busy weeks at work are killing my drive to paint minis. We've been understaffed since August, working 50-hour weeks (which isn't all bad when you get paid overtime). I'm sure many have worse work-weeks; mine are just busy enough to dampen  my verve to paint minis.
Though, I think the lack of a large project  may also be keeping my drive and inspiration down. But if I start a new project, I need to unload some minis. Probably would be my old Foundry Gladiators, AWI, and maybe my War Rocket fleet (great game, just never took off with my group.)

I've been looking at Trident Design's 40mm Robin Hood stuff, as well as 40mm Flash Gordon from Monolith; it all looks fun to paint. I'm also trying to think about what other custom projects I could put together. Maybe some 54mm post-apoc civilians to push the limits of my sculpting skills (and as spectators for my apocalators)?

I also haven't been playing a lot of minis games lately, so I have to ask myself why I should paint new figures. Maybe I could take something from one of the old collections and throw it all into a vat of Simple Green and start anew? Street Corner does provide a little outlet, letting me add one or two figures at a time. Maybe it's time to add another fruit stand or street vendor? Or more figure conversions? Tramp steamer crew? Personal questions abound, but I simply haven't been in the mood to paint minis, lately.

What have I been doing in the meantime?

I've been keeping artistically occupied. For fun, I've been writing letters to friends and family (actual HAND-written letters; no email, Twitter or Facebook for these communiques). It also allows me a chance to draw/paint something nice (but mostly silly) on the paper (such as Hanslore Krusher from my previous post, or the "flying dog/baby" combo shown here.) But I do paint some nice stuff once in a while. So, I'll try to post a few of those pieces of art at this blog until I get back into the mood for minis; Here are a few to get you started 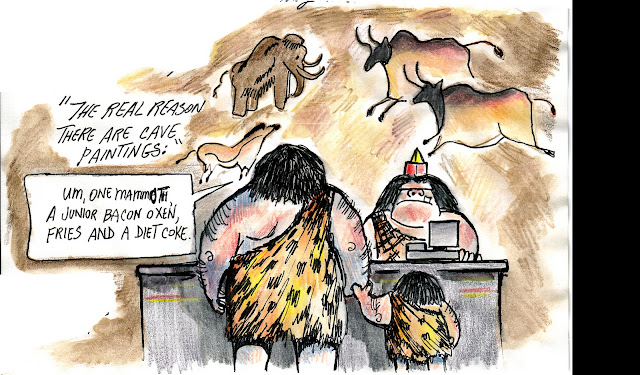 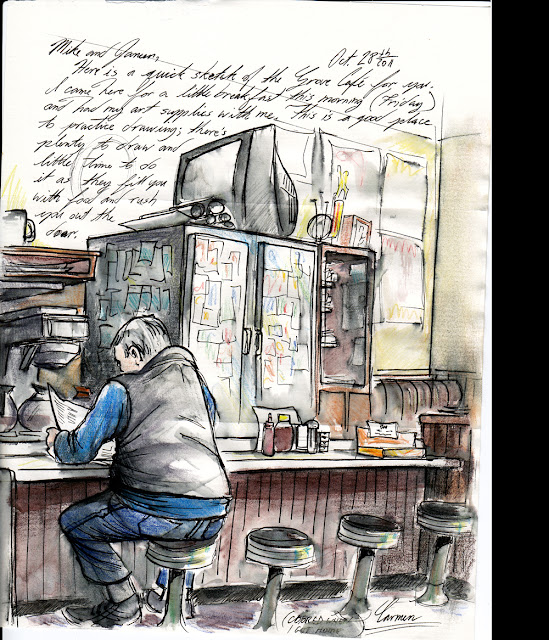 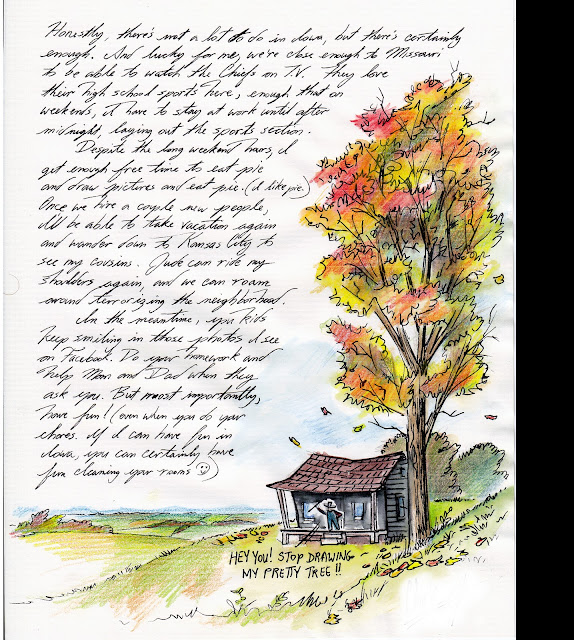 5 comments:
Email ThisBlogThis!Share to TwitterShare to FacebookShare to Pinterest

My friends and I are usually stuck in town for Christmas, so we celebrate Hanslor Krusher Day instead (a name made up by one of my friends.) And I draw a picture of Hanslor and give it to a friend or family member. That is all. We don't do anything special, except maybe go eat at Perkins. HANSLOR KRUSHER!! 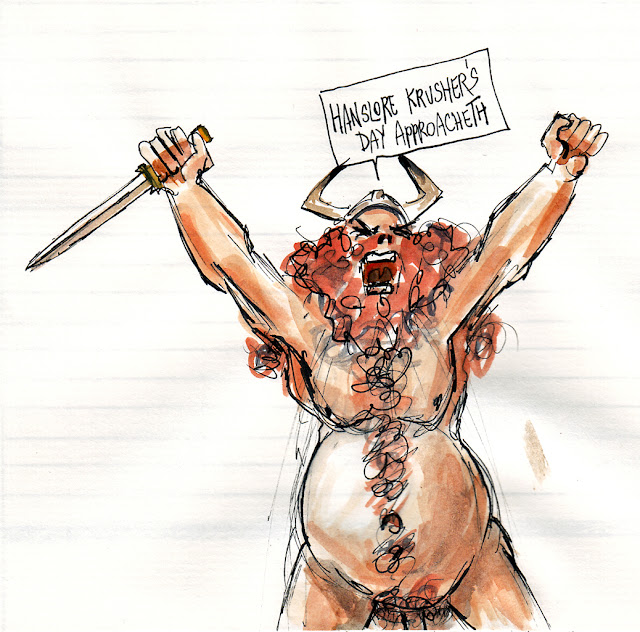