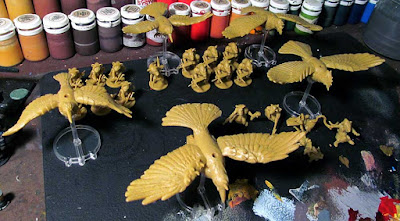 Oh yeah, I also ordered another copy of the game so I can paint some more birds :)
It will also be nice to have extras of the components, as well as another box in which I can put in some custom battlefoam to carry everything.
Email ThisBlogThis!Share to TwitterShare to FacebookShare to Pinterest