I guess the building itch hit me early, and just at the right time (I had three hours of free time), so I got most of it finished. I still need to work on the roof (not sure if I'll use toweling or fake fur for the thatch- or maybe even sculpey??) I had originally intended to do the roof later; Usually when I build, I do everything all at once, and since the roof comes last, I tend to build it in a rush. Since I'm saving this roof for later, I hope to do a better job of it.
The construction of the main structure here was pretty easy. I drew up some plans, and glued together some modular walls (as seen below.) This time around, I actually calculated how much wood I would need (and only had about 6 inches of wood left over after finishing.) I decided not to recreate any teahouses or specific architecture, instead going for a generic "Japanese" look.

I built the raised floor as a separate piece, giving me a solid base on which I could glue the wall sections. Before gluing the walls to the base, I painted everything (to make it easy to get the brush where it needed to be.) I added a couple layers of framing around the top of the walls to give the roof an even base to work with, and to give the structure more strength- And it's strong; I wouldn't stand on it, but this house just feels more robust than any of my card buildings. Anyway- here's some photos! 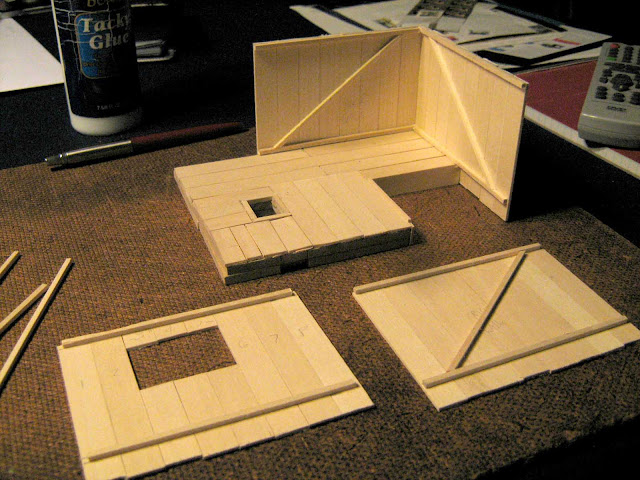 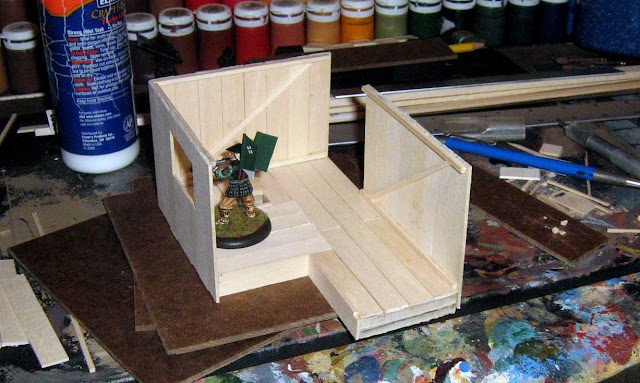 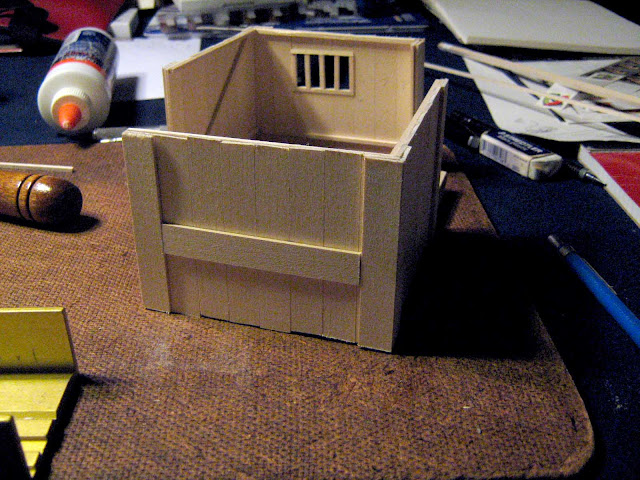 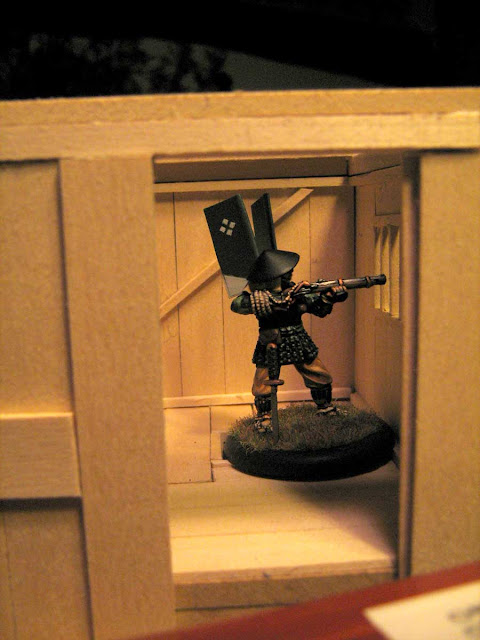 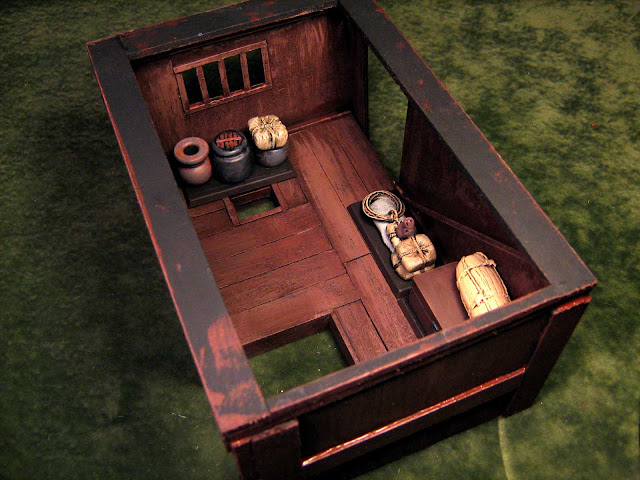