Of all the things I've drawn, I can't remember the last time I've drawn a giant robot. So here's a quick one. It started off as a doodle, and went from there. (In case anyone is interested, it's watercolor pencil, ink, brush and pen on paper.) Since it's on regular old paper, I'm gonna write a letter on it to a couple cousins with kids who like this kind of thing. (And yes, the robot is saying, "Petoo, petoo," as he devastates his enemies with his plasma eye disintegrator rays.

In the meantime, I've had a piece of old masonite for a while trying to think of something to paint on it; I think I'll try a giant robot in acrylics (complete with background sky in ominous, cliche reds.)

Also- 42mm Samurai are on their way, so hopefully miniatures will be returning here, soon! 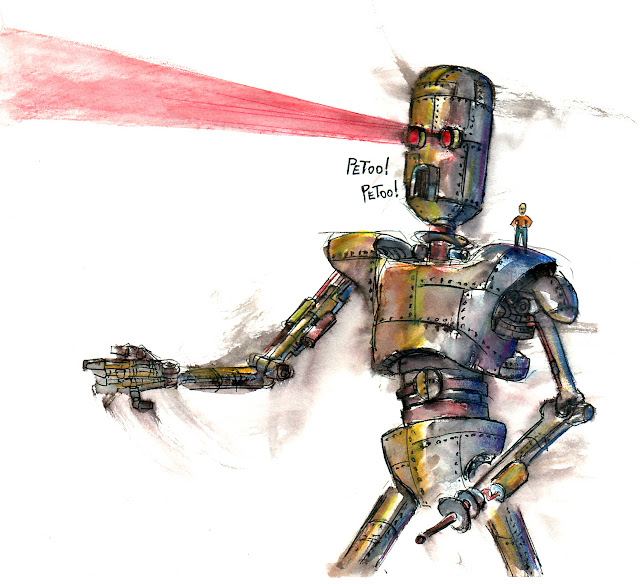