Here's just a quick teaser of what I'm working on, so that you don't think I've abandoned all of you. There aren't a lot of conversion options with these figures (at least after the conversions I've already done with this same set), so the only difference you'll see is that the first figure, from left, has had his hat removed and a head of hair sculpted on. The next figure has had his hair removed and a knit cap put on. The last figure had a baseball bat I removed that and pulled his arms out a bit to give him sort of  a you-want-some-of-me? pose. The last figure is the same sculpt I turned into a sailor a while back. I took it easy this time around. 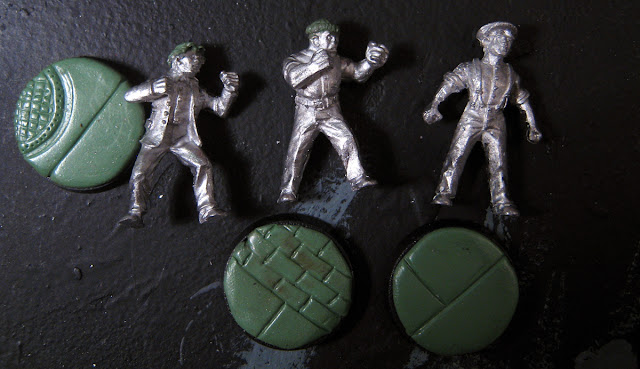