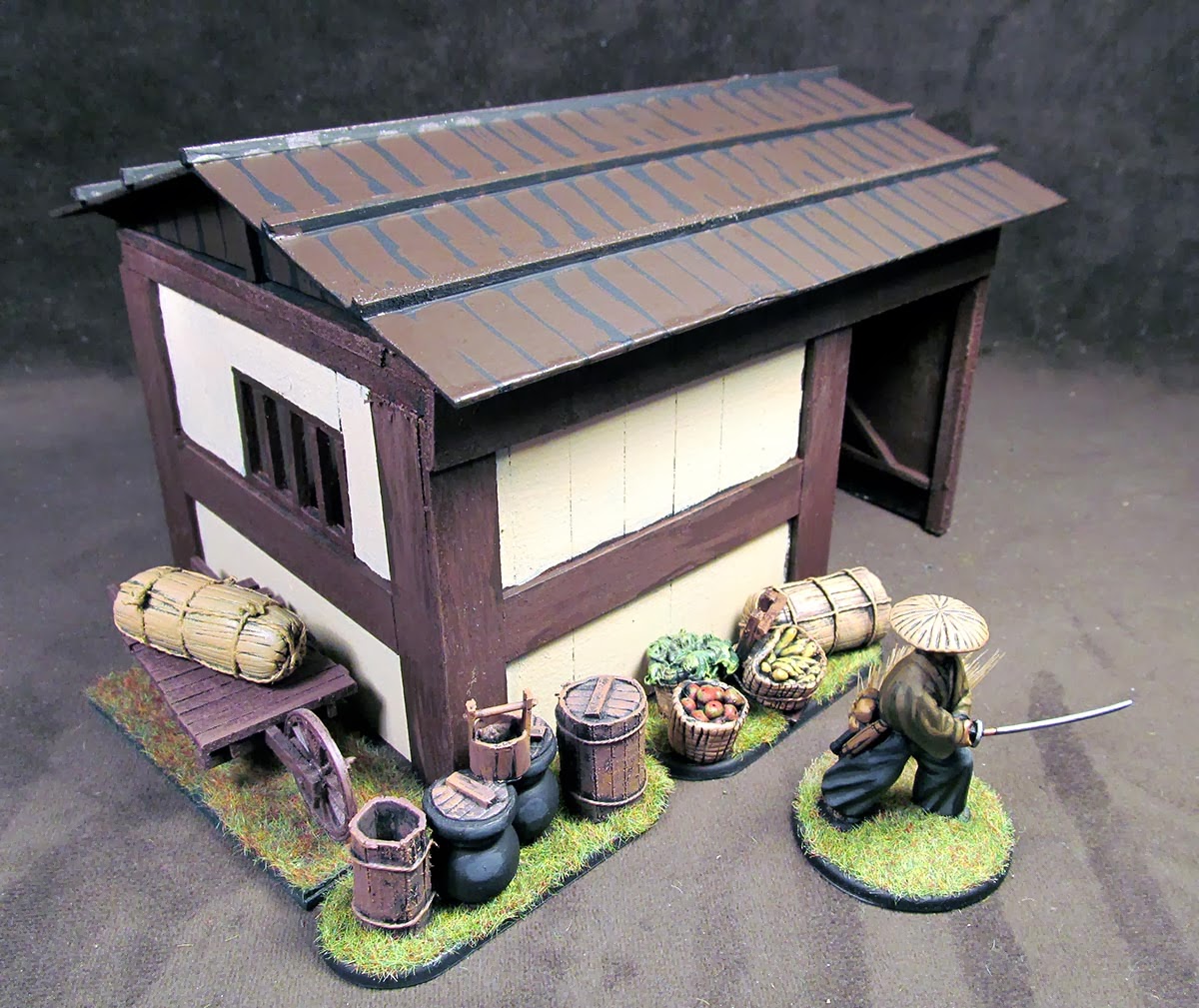 This actually isn't new, just changed a bit. The original version of this building had a thatch roof, which looked fine; I just wanted something a little more urban. The only changes are the addition of a new roof (just card and basswood and planks painted on;) and a coat of white wash on the side panels. The interior is still the same, nice and open with plenty of space for a few samurai to spill blood. 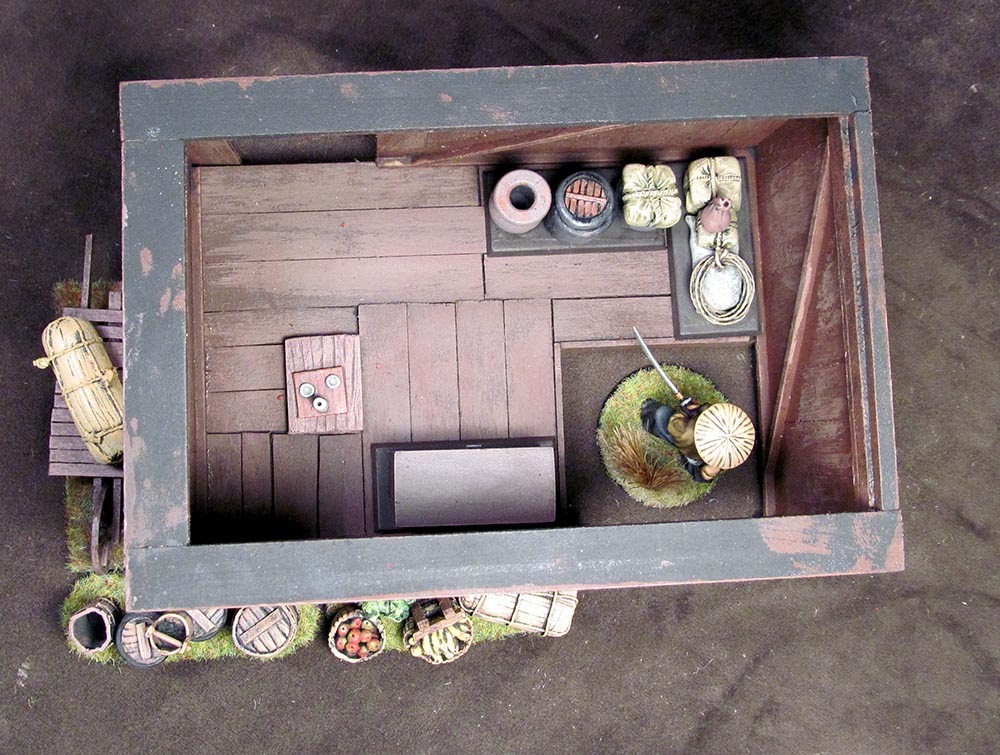 I've commissioned Steve Barber to do a bandit figure, but more in the vein of an urban bandit (Kabukimono/otokodate.) I don't plan on doing any more full structures such as this one, but I'm thinking about at least putting together a long, semi-3D length of streetfront from 17th century Edo to serve as a backdrop to some Japanese gang streetfights. By "semi-3D," I mean that the facade will actually be built up with wood, not simply painted on a canvas.
It's still just a thought; I haven't done so much as a sketch. But I think it wouldn't be too difficult nor take up too much space. I still need to find some decent reference material.

If it happens at all, it will have to wait until the Machinas Indiegogo campaign is over and my obligations to it fulfilled. And if you haven't pledged or seen the campaign (which I'm sure you have by now, as much as I've been harking on it here on my blog,) go check it out at the link I provided!
Email ThisBlogThis!Share to TwitterShare to FacebookShare to Pinterest