To get started with my small post-apocalyptic gladitorial campaign, I threw together this short alternate universe background. And since it's gladiator-related, I kept things related to ancient Rome (see the notes at the end.) By the way, a few more 54mm generic figures are on the way to my workbench; I wanted a few more post-apoc gladiators ... or Conspirators, as you'll soon read:

Septimontium is the last city on earth, and it is also where the greatest gladiatorial games are held. In the center of Septimontium is the Pompay Portico. The finest arena in all the Wastes, only the best combatants are allowed to fight for their lives in the Portico. 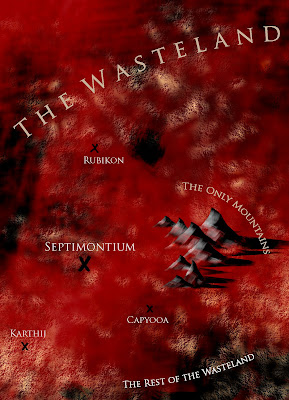 The most important festival of the year in Septimontium (and all the Wastes) is the Conspiratorial Games. The Conspiratorial Games memorialize the assassination of the great and ancient King Julii of Old Septimontium, who was murdered on his thrown by his own friends, who wanted power for themselves. The festival and games last for 13 days; there is one day at the beginning and one at the end of the festival reserved for religious and scientific rites. And there are 11 days of fighting, with one major match per day (with the 11th day reserved for the final, championship match.  There are other smaller events, including animal hunts, shows, trading, racing, mutant “harvests,” prostitution and other athletic events, (as well as activities for the kids,) all taking place in smaller venues near the Portico during the festival.


Only 20 gladiators are permitted to fight in the main events during the short festival. These fighters are all longtime veterans of combats from the outer settlements who have bought or bribed their way into the possibility of fame or death. Once committed and accepted by the city elders, each fighter relinquishes his old identity, no matter how much glory it came with, and is assigned the name of one of the ancient conspirators who had plotted and took part in King Julii’s assassination. Even their title of “gladiator” is stripped away, replaced with that of “conspirator.” This way, King Julii’s spirit may see justice done as he watches his own killers descend upon themselves, dying one-by-one. 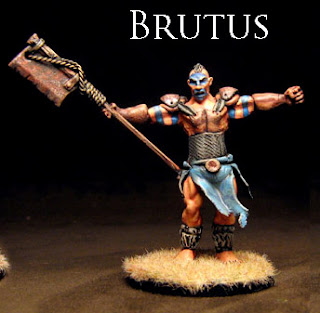 (A skilled veteran may also be called a conspirator, with the understanding that even if he has not fought in the Conspiratorial Games, he is at least good enough to appear in the festival. These fighters simply take “Con” as a title. So, Felix would become Con Felix, or Flamma would become Con Flamma.)
The only way the conspirators can survive the festival is by being the last one alive after the 11 days of fighting; the fights are all to the death. But the winner is showered with riches, women and fame for the rest of his (or her) life. He is also examined and “cured” by members of the Gene Priesthood, so that he no longer has to worry about the cruel curses of the wasteland. He regains his old identity, and his name is inscribed on one of the 20 statues of the original conspirators (on whichever statue whose name the fighter bore during the festival.) For the remainder of the year, that original conspirator is pardoned for his ancient crime, while the fighter is recognized, honored and glorified in every city, settlement and wastetown forever more. 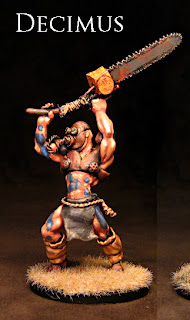 The names assigned to the gladiators during the Conspiratorial Games at the Pompay Portico are: Brutus, Cassius, Decimus, Cimber, Casca, Cinna, Legarius, Trebonius, Spurius, Petronius, Turullius, Basilus, Longinus, Albinus, Pontius, Sextius, Antistius, Sulpicius, Caecilius and Rubrius.
Notes: Septimontium was another name given to ancient Rome. It means Seven Hills.
Pompay Portico is named after the Pompeii Theater in Rome. This was a temporary meeting place for the Senate, and is where Julius Caesar (King Julii in my alternate universe) was assassinated (on the portico of the theater.) So now you get an idea of where all the names of the “conspirators” came from.
I don’t know what a “mutant harvest” is; I made it up, but it sounds like fun. By the way, mutants can also take part in the gladiator fights; I'm thinking about converting one for my 54mm collection.
Email ThisBlogThis!Share to TwitterShare to FacebookShare to Pinterest