This latest bunch of vehicles started as an order for a set of "Lowboyz" Hot Wheels cars. The other cars were thrown in to lower shipping costs (Amazon.) This is one of the better bunches of vehicles I've ordered. 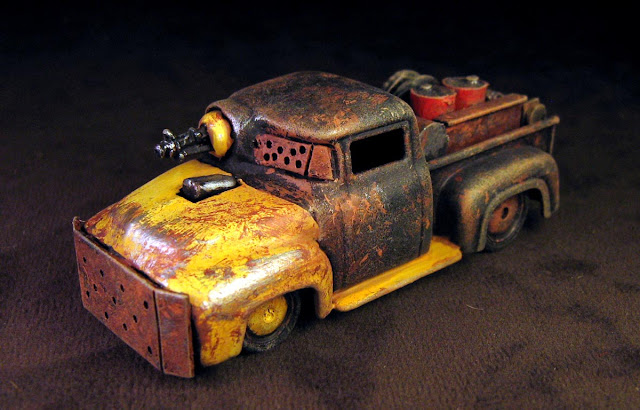 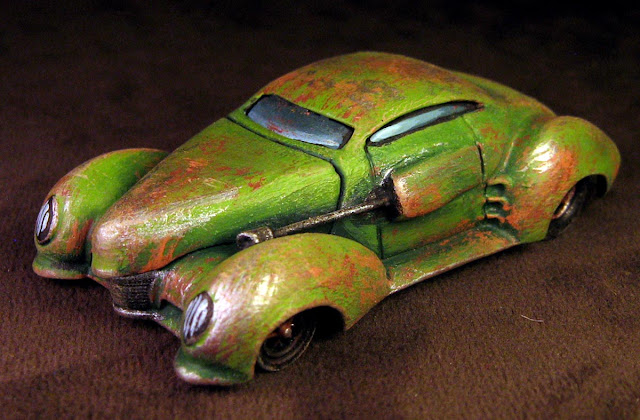 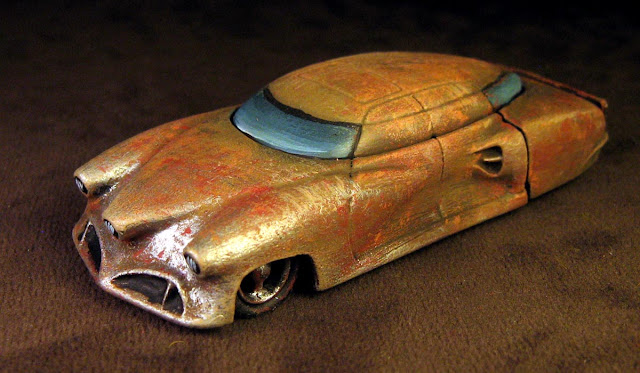 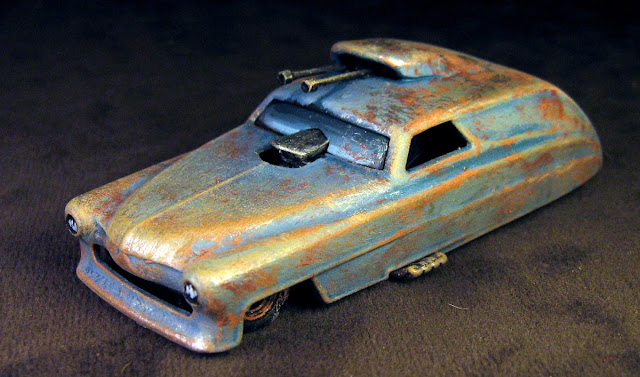 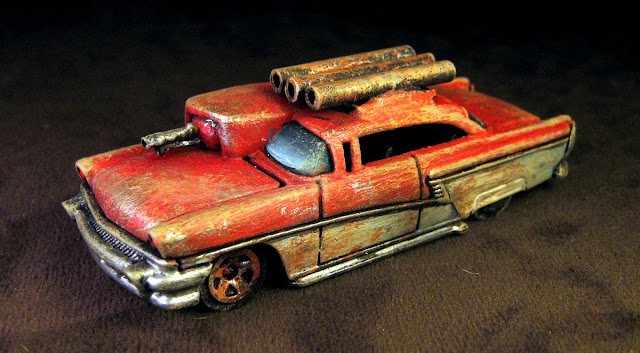 Among the new vehicles is another truck to add to my Vestal Mechanics (the yellow and black truck); a '56 Mercury (red and white with the rocket tubes on top) with one of the better weapon fairings I've made; and a funny car which I believe is another Mercury custom.
And then there are two of the three Lowboyz cars (the third one I'm probably going to sell or give away.)

The first Lowboy was simply labelled (on the box) as "Mercohaulic." It's based off of a 1939 Mercury. I didn't want to change its look too much, so I added just one gun on the driver's side, aimed between the fender and the hood.

The other vehicle I is labelled "Triclopz," and is based on the Tucker Torpedo. In the background of my world, this car is called the Nuntius (Messenger), and serves as sort of a Pony Express or a herald for the Church and governments of the Wasteland. It's not armed, preferring speed to outrun any rogue attackers. It does, however, have a nice slab of metal across its back to stave off weapons fire from pursuers until they can be outrun. 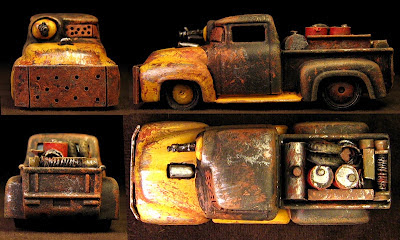 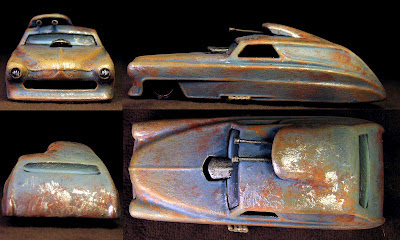 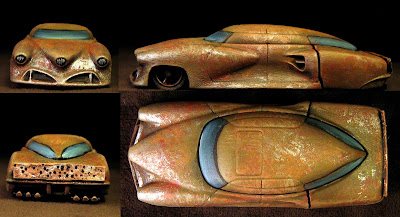 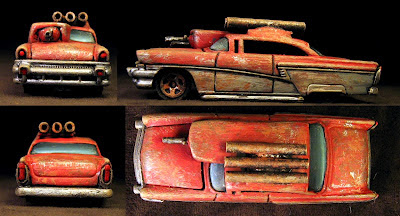 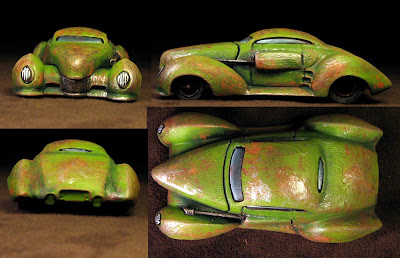