This is the full set offered in the Extreme Danger box set. The very first figure, I tried painting using my regular style, but the more realistic style just didn't fit the cartoon style of the sculpts. So I simplified and did flat colors. The black got a dark gray highlight and I may have done layers here and there, but for the most part (the HAZMAT technician is a big exception), I only applied one layer of color. I did, however, weather the figures with a drybrushing of tan once they were all painted. I think they turns out great, and I can't wait to get them back into action. 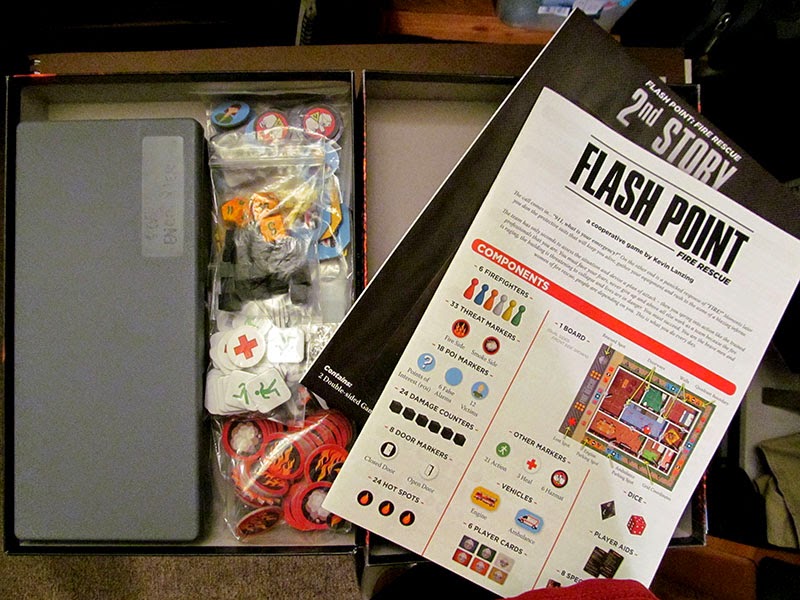 I'm not sure if I want to colorize the bases. I have the slip-on, color-coded rings, but I'm afraid those will strip the paint off the bases. I think the sculpts are unique enough for each player to pick his own out of the crowd. My figures from the original set do have colorized bases, since they are all the same sculpt.

The newer figures all fit into a small Chessex figure case with space left over for three of the older figures (in case more people want to be just generalists.) The Chessex case fits nicely into the box with space enough for counters and rule books. I have all my map boards in the expansion box (with not too much space to spare.) Everything I need for a fun night of firefighting is all in two boxes. Semper vigilans!
Email ThisBlogThis!Share to TwitterShare to FacebookShare to Pinterest