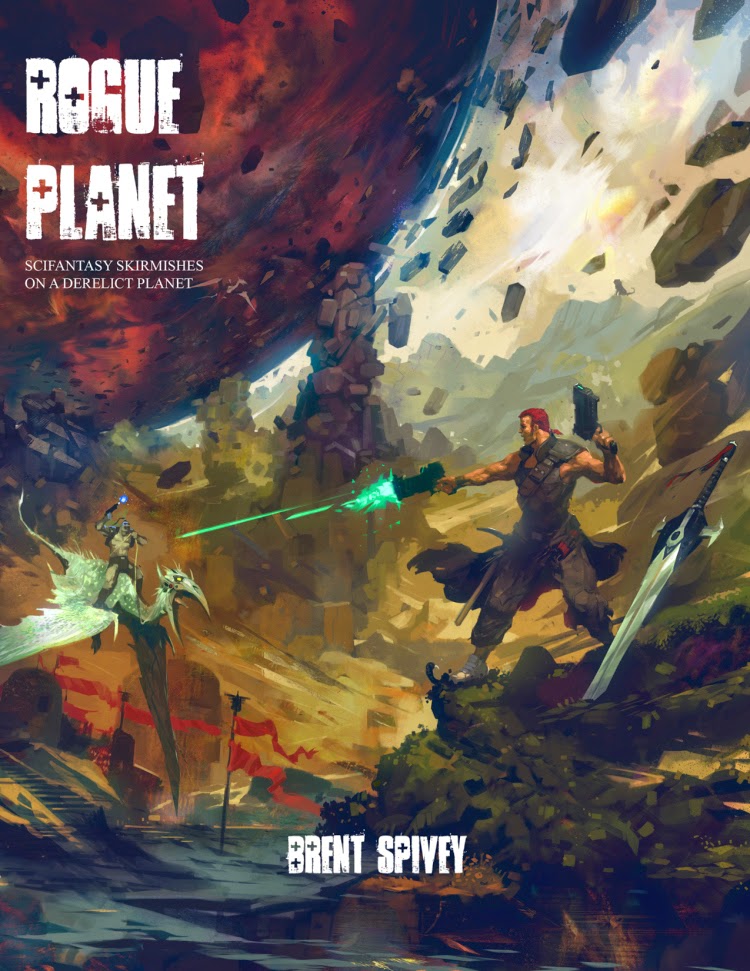 Have you seen this? It looks like a fun new game from Bombshell Games. Rogue Planet doesn't have a background (fluff), but the general setting is Sci fi+Fantasy. This is also probably my favorite rules cover art; it reminds me of old-school 1970s scifi/fantasy art, and honestly, I will probably buy the book just for that cover. The rules system, though, allows you to use your own miniatures (I like rules that let me choose my own figures), and that's what this post is about.

My first thought was the game is perfect for John Carter-type miniatures (Bronze Age Miniatures does what I think is the best John Carter style of figure in their 32mm Sci fi range.) My mind went straight to this range when I first saw this preview. But not just for John Carter enthusiasts, Rogue Planet can easily be used to play with, among others, your Malifaux, Wyrd, Warmachine and other assorted steampunkish figures.

I don't have any such figures (I have some sci fi and some fantasy, but no figures that fit both bills -- maybe one or two steampunk figures.)

I already have plenty of figures (Rogue Planet advertises being able to use as few as 3-8 figures in a game, but can easily scale up to accept more), and I have a good amount of 54mm terrain to fit the figures. All I would need would be a few more figures I can arm with scifi ranged weapons of some sort -- a perfect excuse to buy more of these generic figures and to build some custom sci fi weapons!

Here are a few of those figures, together with some other converted toys and figures (though, I don't know if beasts and monsters are covered in the game): 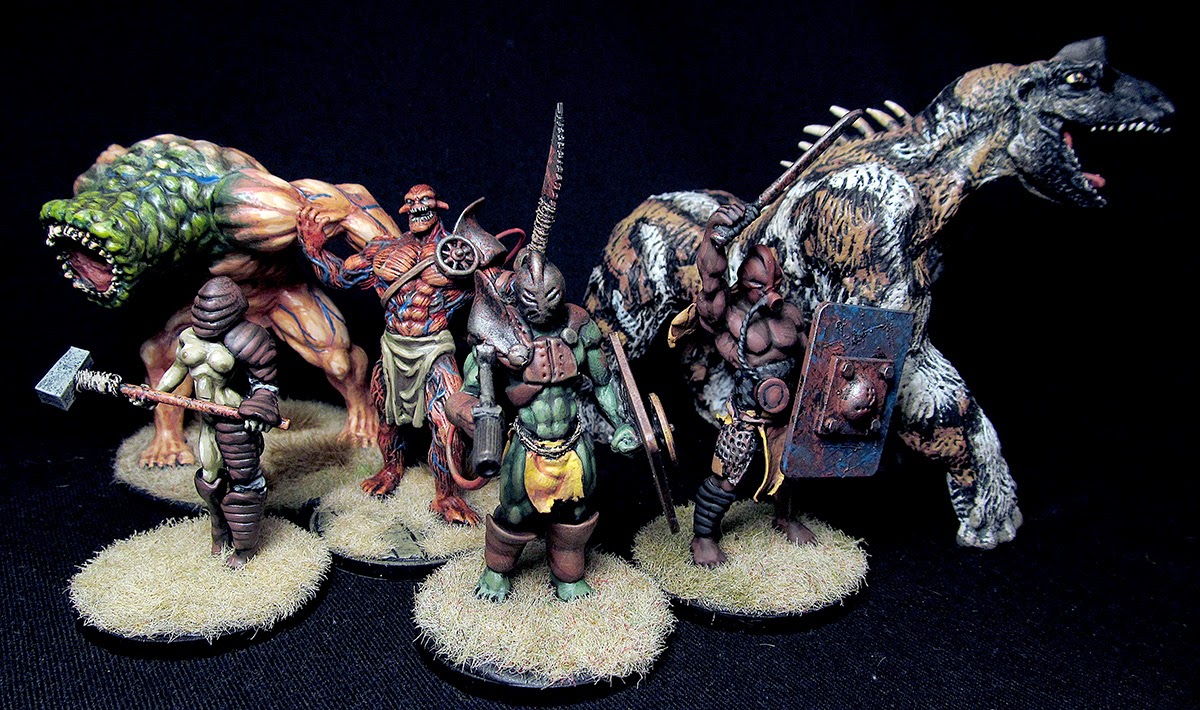