I gathered some bits and green stuff and made myself a couple retro-ish rocket packs. The new Rogue Planet game (PDF is out now!) has rules for flyers, and my flyers will be doing so because of their new rockets. 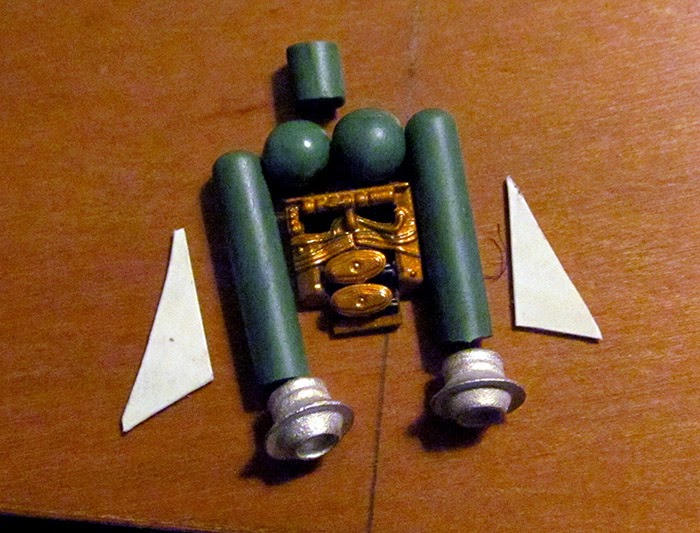 These were easily kitbashed. The boosters come from Hydra Miniatures rocket cycles. The square fins are extra bits from when I converted some rocket cycles from Bombshell Miniatures. Everything else is either plastic or green stuff.

I had planned on adding some techy bits (you can see between the rockets in the second photo, but this made the packs a little too large for the figures. The figures these will go with won't be much different from the prehistoric figures they're being modelled upon. After all, Rogue Planet is Sci-Fantasy. (In the end, the wearers will probably be a little more post-apoc looking than prehistoric.)

Back to reading the rules, which are proving great at giving me ideas for models and conversions (ammo grunt -- I wonder if I can build an ammo-"bot"?)
Email ThisBlogThis!Share to TwitterShare to FacebookShare to Pinterest