Here are the four adventurers who will partake in my 1st edition game in a few weeks. The wizard at the left will be a stand-in for a monk since my friend (whose figures these were) had no suitable figure, otherwise. The wizard(monk), as I've been informed by followers, is an old Grenadier sculpt. the other three figures (Cleric, Paladin and halfling) are all sculpted by Ral Partha for TSR.

The Grenadier figure was rough. It didn't have a lot of well-sculpted detail, especially the hand in front holding a pouch- I'm not sure if it was miscast or accidentally filed away- but it only has two fingers. I had to make up as much as I could; we'll just say something bit the rest of his fingers off.
The Ral Partha figures were also a bit difficult to paint, but only because they're smaller than I'm used to. They have some well-sculpted detail for sure, and they were definitely a joy to paint. To give you a reference point of size: The bases are the smaller 20mm slottabases (not the regular 25mm size.) 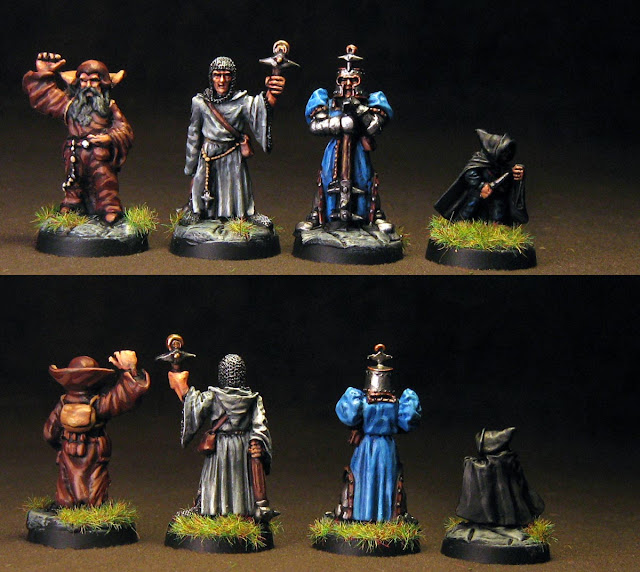