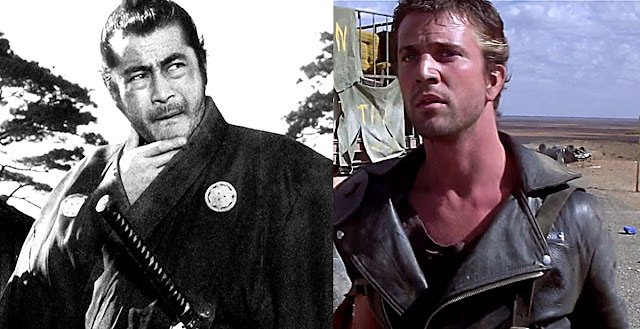 So I was watching "The Road Warrior" for the millionth time when I came to the realization that this movie (and the other two Max films) was just another samurai movie along the same lines of Kurosawa and Mifune. Or maybe, like all movies, it just shares similar aspects (No - let's say it's a samurai film; I like it better that way :) 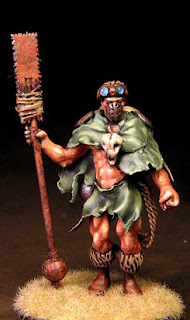 In "Mad Max," Max Rockatansky begins as a "retainer" for the Main Force Patrol, but leaves when he can no longer abide by the clan's rules -- though, really, it's because he simply becomes "mad" ("Sword of Doom"?). He becomes the wandering "ronin" who roams a wasteland that has been ravaged by war and is full of malcontents, bandits, murderers and their prey.

In "The Road Warrior," our hungry ronin finds a village in need of help, so he offers his aid  ("Seven Samurai.") He's in it for his own gain, but his actions will eventually reveal he still has a loving heart buried beneath all the violence (Kuwabatake Sanjuro in "Yojimbo.")

Though his part is a diversion, Max helps the village sneak it's gasoline (the Akizuki gold) across the land while being pursued by many enemies ("The Hidden Fortress.")

We could continue with "Beyond Thunderdome," where he plays two factions within the town against each other. He is eventually captured and punished, but soon after, recuperates and returns to finish the job ("Yojimbo.")

Maybe this is why I enjoy "The Road Warrior" so much. It all seems so obvious now.
And maybe this is why my favorite miniatures are my post-apocalyptic warriors and samurai.
Email ThisBlogThis!Share to TwitterShare to FacebookShare to Pinterest