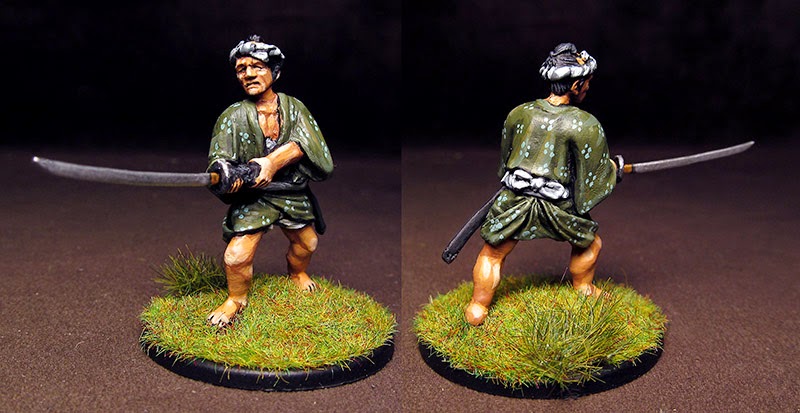 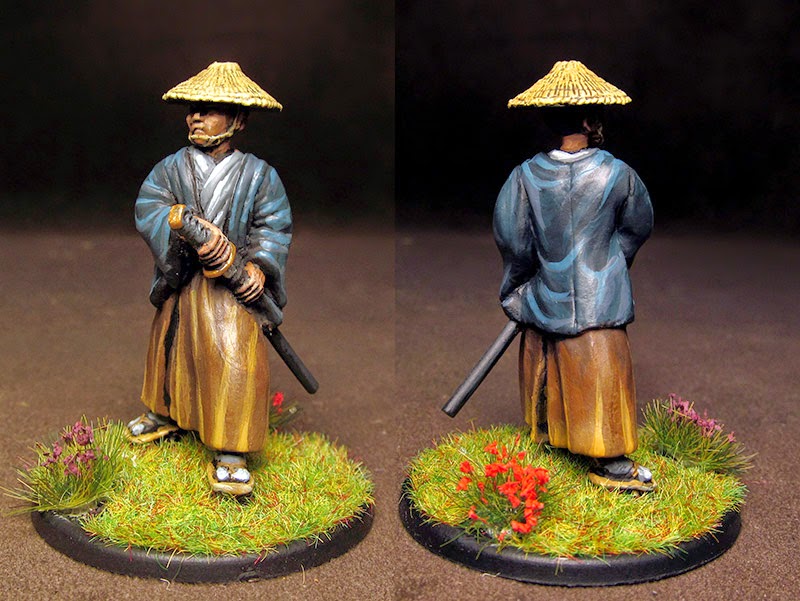 Here are a couple of the new samurai by Steve Barber.
The samurai/ronin drawing his sword brings some attitude to the range. I wanted to keep the paint job simple on him since I'll need him to double as either a poor samurai or a ronin.

I had Steve model the bandit as a generic version specifically of the bandits seen in Yojimbo. But the figure will do equally as well as a mountain bandit, machi yoko (street gang) member, or a wako pirate. 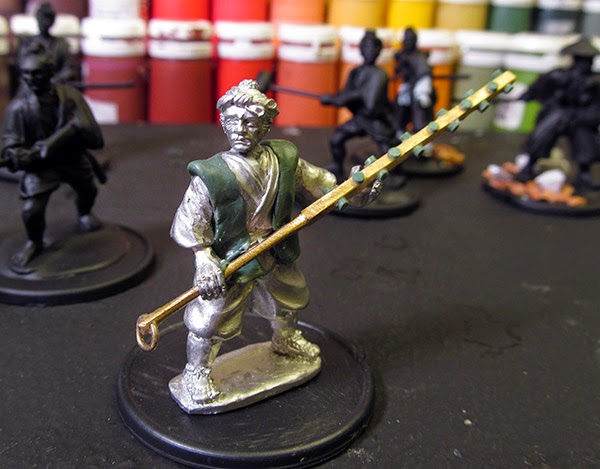 The heads on all these figures come as a separate piece so that you can rotate them to change up the look of the pose. You can also knock out the sword guard (the blade comes as a separate piece), drill out the hands and add a small yari/spear or naginata.

I also ordered a couple more of the recently released ronin. On one I added one of the new bandit heads. I gave him a haori/vest using green stuff, and armed him with the tetsubo I made a few weeks ago. He'll bring some major power to the street fights.
Email ThisBlogThis!Share to TwitterShare to FacebookShare to Pinterest