This is a 1:40 scale camarasaurus by Safari Ltd (that's a 40mm figure next to him). The original paint job was ok, just a two-tone blue-gray, though, it was somewhat glossy (not as bad as the original Safari Ltd figures, but not as matte as the newer ones.) I originally purchased the dino a few years ago with the intention of repainting it. 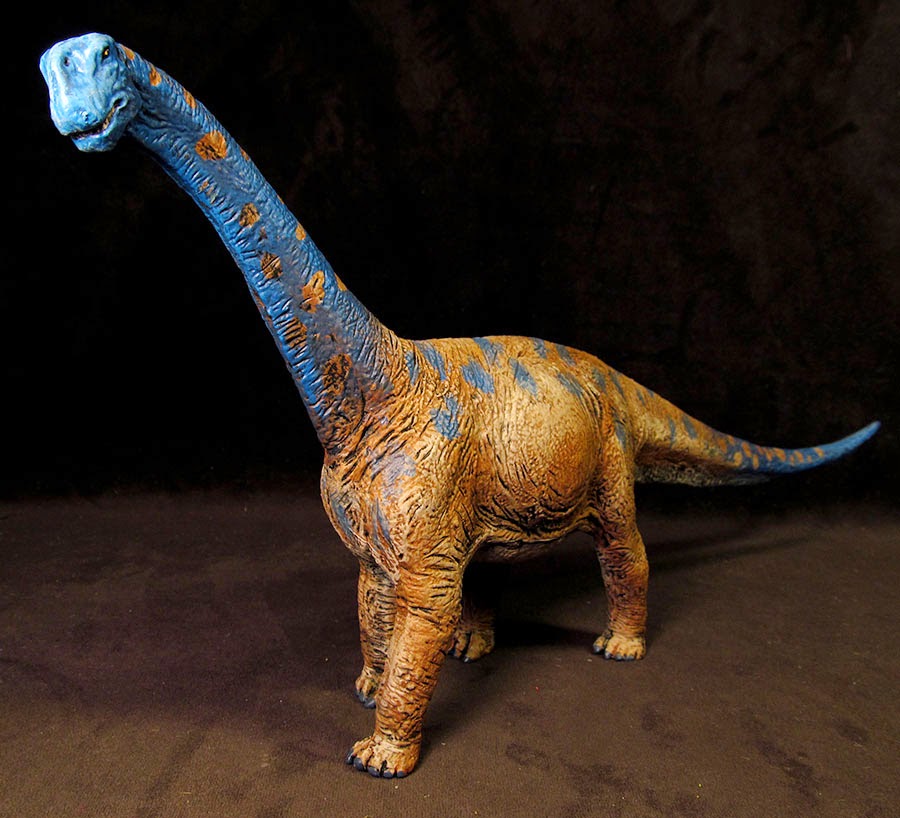 I used the Army Painter primer on this figure. Then I followed that up with the Testors Flat Black to kill the AP gloss. I think it'll be cheaper (and just as effective) to use Testors Flat Black first, followed up by a brushed-on layer of black craft paint to get rid of the tackiness. I used the second method on a gryposaurus that's on the work table right now. The primer/paint on both figures seems to be holding up well.

I hadn't bought any new dinosaurs in a while, but the newer Safari Ltd figures are made of a slightly harder and much more matte material. It's still a little bit tacky with a coat of Testors primer, but not nearly as much as the old glossy figures. 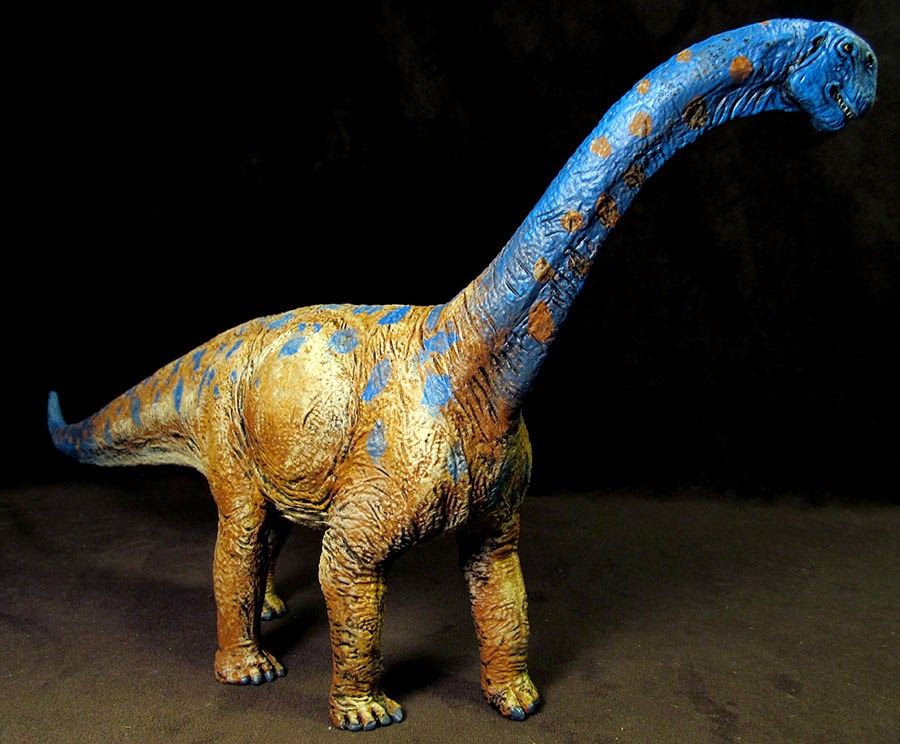 Another thing I discovered for myself was that masking fluid works nicely on the dinosaurs. I painted the camarasaurus tan/beige, highlighted and shaded. After the paint was dry, I added spots of masking fluid and on the head, neck and tail, before painting the blue. I could have just as easily painted tan/beige spots (as I did the blue spots), but it was a simple experiment to see if the masking fluid would work. It does! Now, I'm nut sure what I can use it for -- complex patterns maybe, though, I don't plan on anything that ambitious. (Note: wait until the paint dries before rubbing off the masking fluid.)

I have a gryposaurus (a large hadrosaur) on the table. I'm not sure what color scheme to do on him, but once I choose something, the painting should go fast. I'm also giving away most of my dinosaur collection to the sons (four of''em!) of friends of mine. But I'm keeping some nice dino representatives to eventually paint up. It'll be easier to paint a dozen dinosaurs rather than 50.
Email ThisBlogThis!Share to TwitterShare to FacebookShare to Pinterest