I painted some dinosaurs; it was fun

I'm still busy with the traditional arts. There aren't a lot of figures on the table, so I'm letting the watercolors fly. The first piece was painted for friends of mine whose son won't stop bringing frogs into the house. (It might be difficult to see, but there's a frog on the rocks in the painting. The caption reads, "Are you bothering that froggy, little boy?")

The other two were done for the son of another friend. Her son, as so many is simple a dinosaur nut. I painted for him a parasauralophus and -- it's not an ankylosaur but one of the I-can't-spell-that-name cousins of the ankylosaur. The parasauralophus has dark contour line because I was trying to draw him like a Bill Watterson dino, but I got a little carried away. I'm learning, and enjoying the hell out of drawing and painting all these dinos (there are more I haven't posted here.) 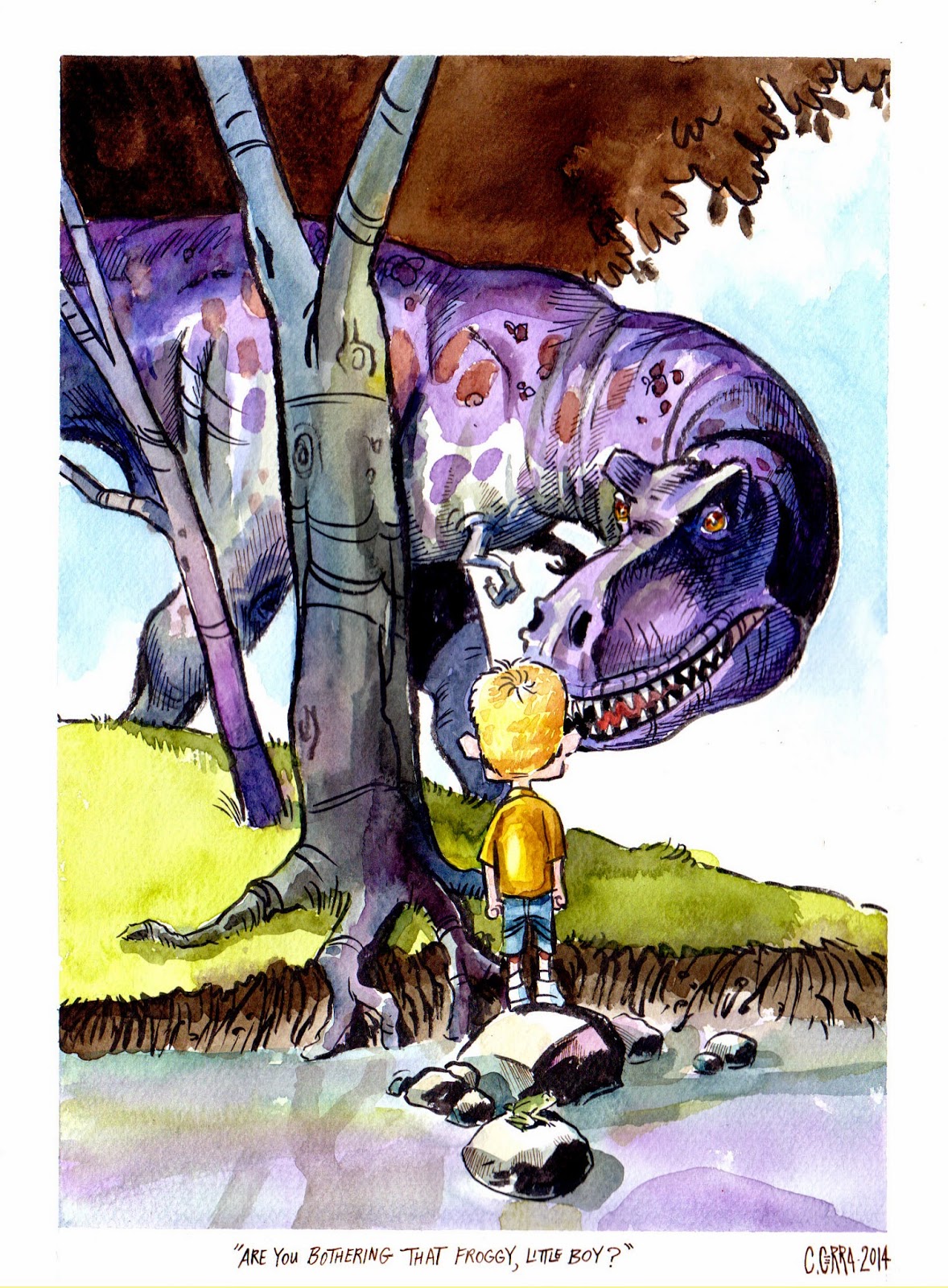 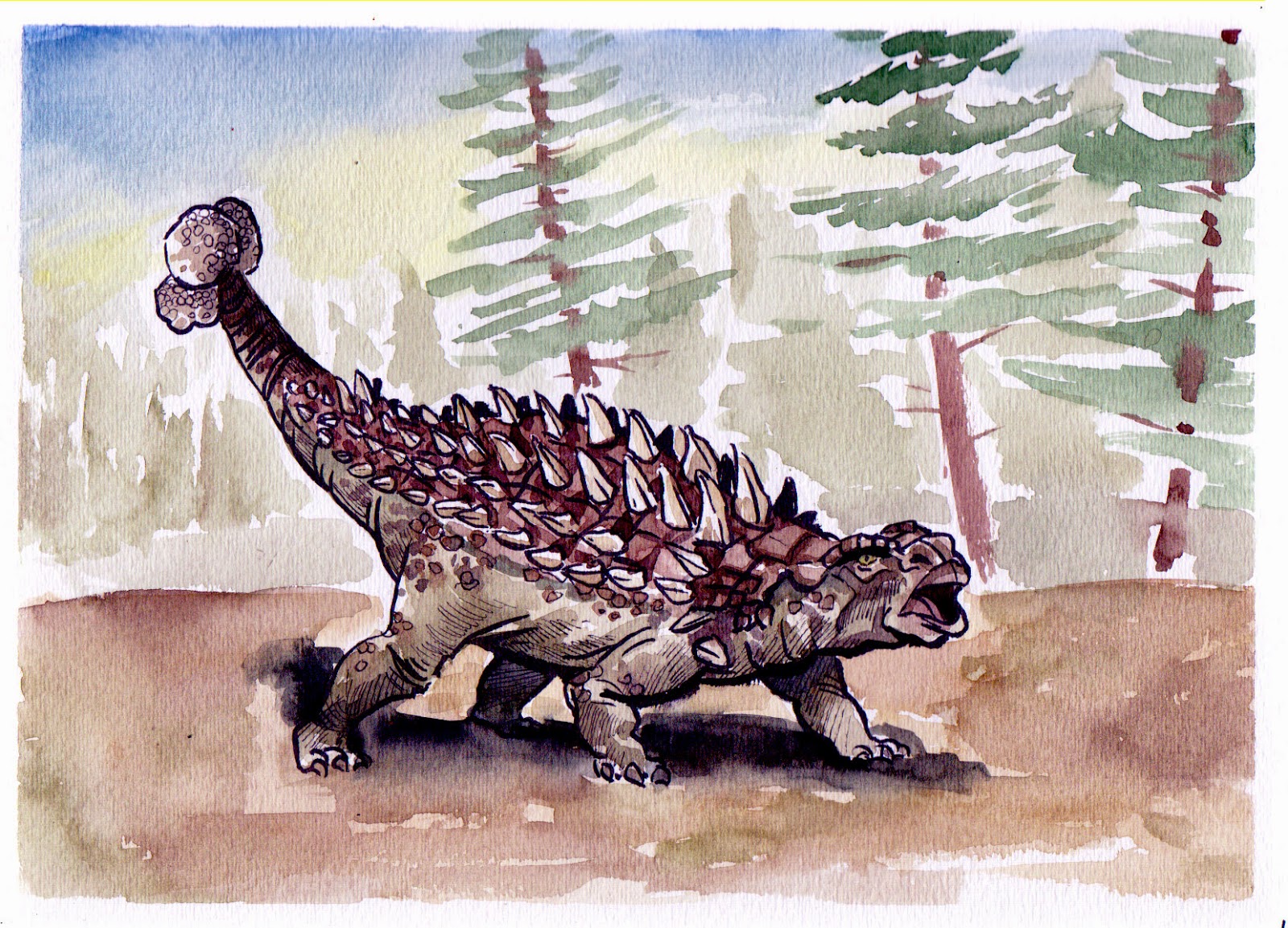 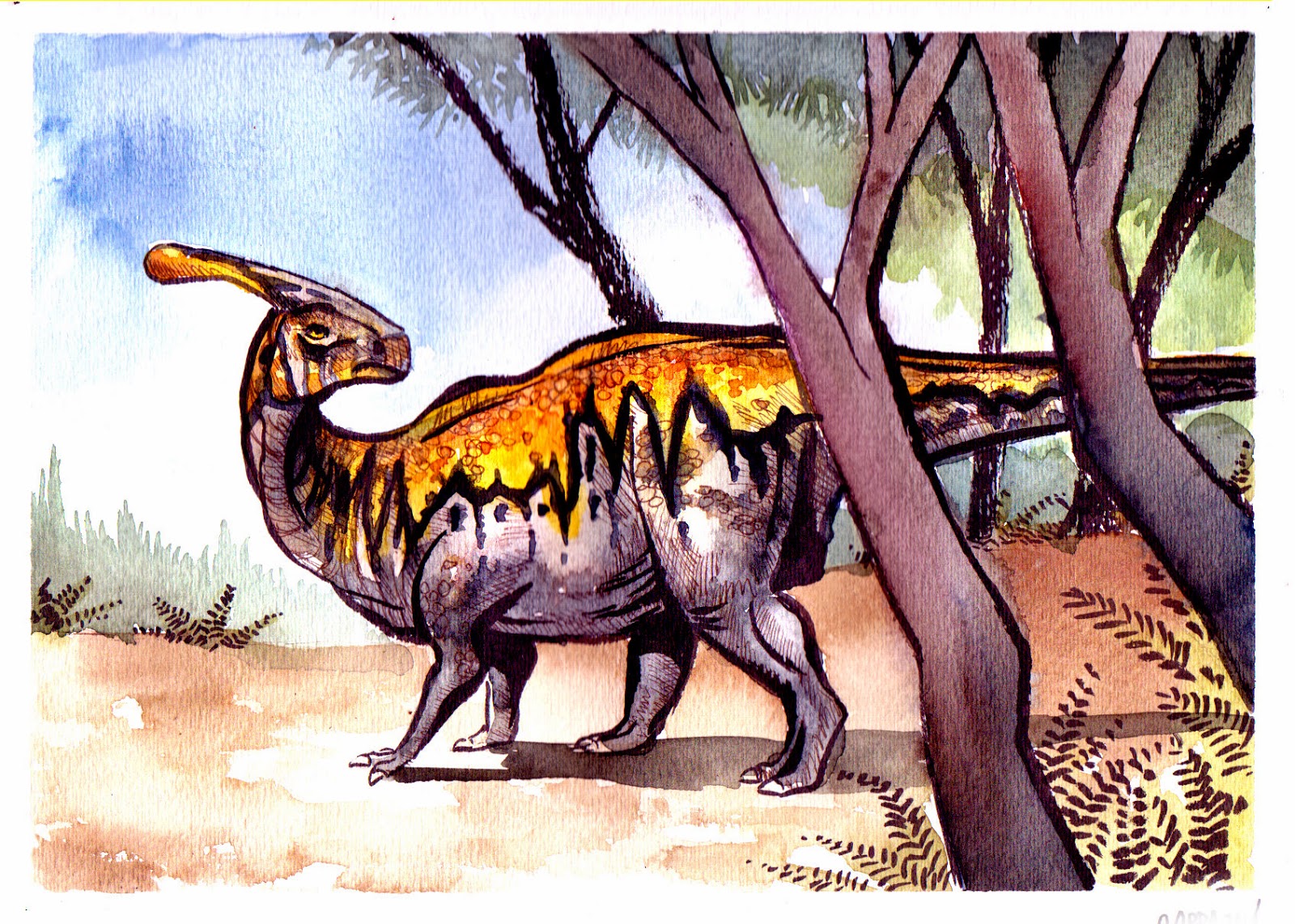