(Artist Note: The line down the middle of the piece is the center fold of my sketchbook; sometimes, I like to draw across the spread.)

"Robots were made to serve their Diplodocan overlords during the Jurassic Period. A staple of Diplodocus' diet was chocolate milkshakes, though, famed paleontologist Robert Bakker subscribes to the new and radical theory that the milkshakes were probably in fact strawberry and feathered.
Harriet Tubman's eventual formation of the Underground Railroad would free the robots, and without their milkshakes, Diplodocus soon died off." 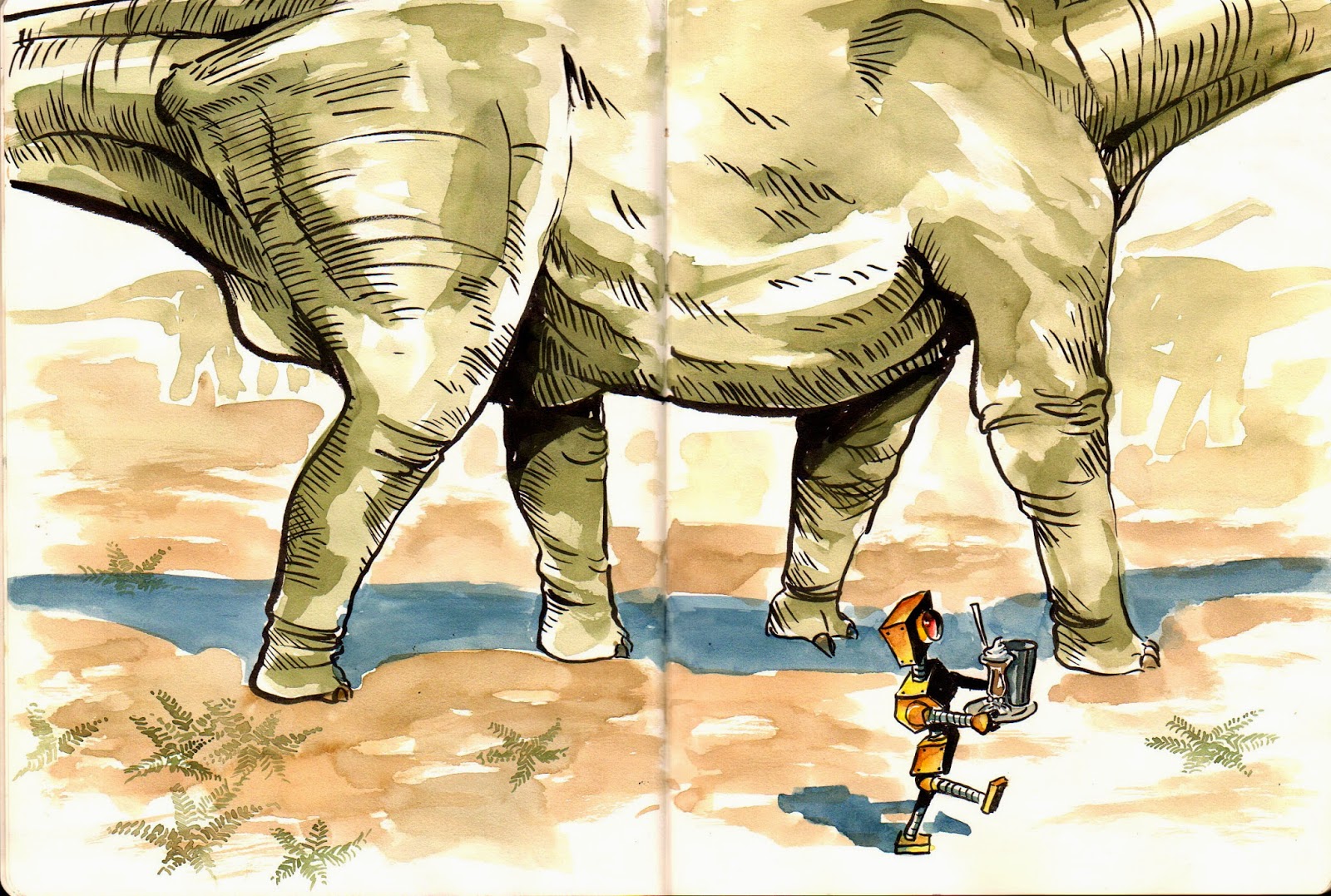