This is the Gryposaurus by Safari Ltd (1:40 scale; 40mm figure in photo for scale.) It's a great model of a nice hadrosaur, which, honestly, I had never heard of until I saw him at the store. 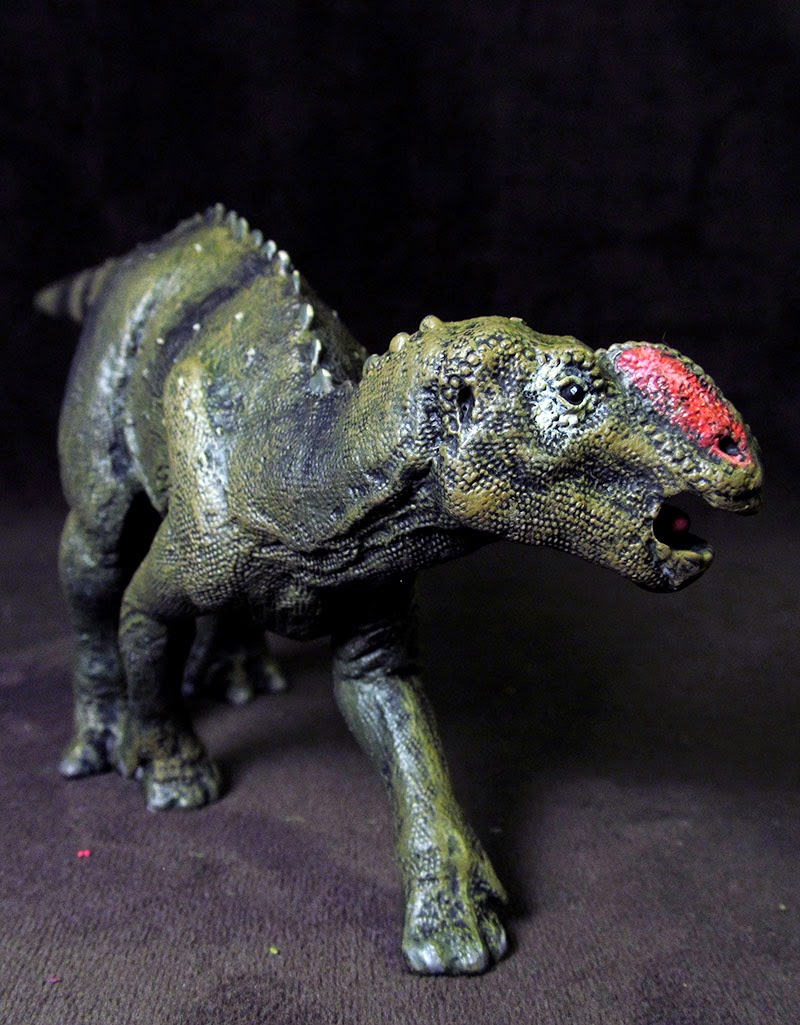 Hadrosaurs are my favorite, but it's difficult to find some nice ones in this scale. There are certainly a few, but not as good as this one (and the Schleich Parasuarolophus.) A lot of them have great sculpting on the body, with nice wrinkles and texture, but they fall flat with the head, which is usually simplified and lacking much texture. Not this gryposaurus; look at that neck and head.

On this dino, I used the priming combination of Testors Flat Black follwed by a layer of black craft paint to kill the tackiness. I managed to rub off a couple areas while painting, so this combination is less effective than the other I used (Army Painter Primer followed by Testors) seemed to hold up pretty well, so I'll probably go back to that.

A lot- A LOT of dinosaur toys these days are getting flashier and flashier paint jobs, so I decided to tone this guy down a bunch. He still got some tail stripes, but in muted colors. And I still gave him a flash of color on his face, so that he can make a display to attract a mate. (Perhaps his display is to puff out his nasal passage to show off his red face.)

This was a fun dino to paint; I might get another, unless I can find a different species of hadrosaur that fits my personal tastes. I'm not sure what dino to paint next, but I have a few options. I guess you'll find out what's next when I post it. 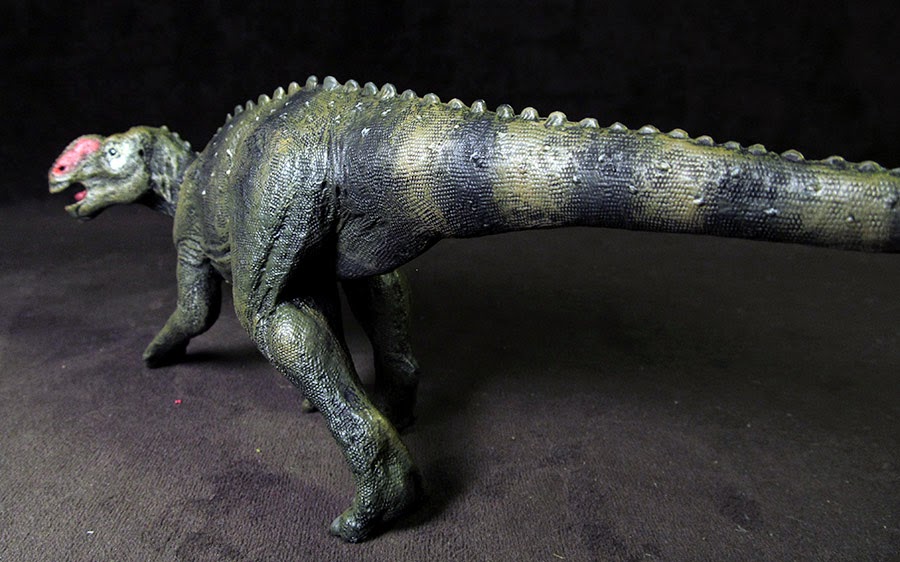