Here's a quick snapshot of General Altehasen Katzbalger, the leader of my army, and his battle standard, both in progress.
I have a LOT of stuff on the table. Today, I based these two, and I will start painting my primed Zombicide Black Plague (wave 2) figures. FYI, if you're looking for a large troll to paint for whatever reason, take a look at the troll abomination for Zombicide -- he's a big-un! 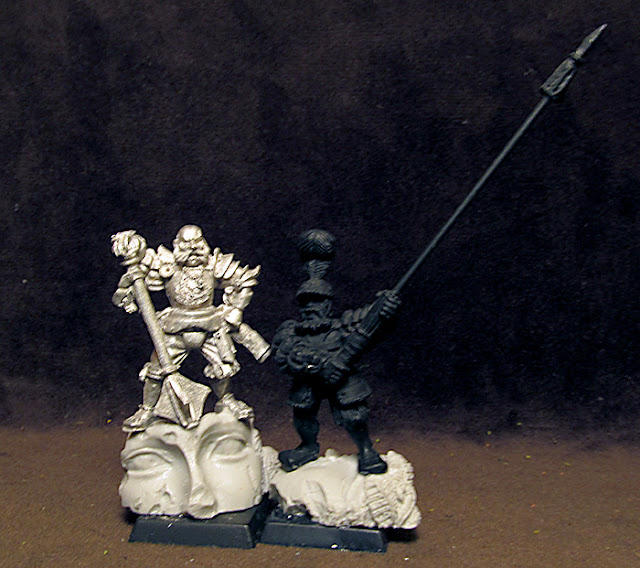