As I repaint my Empire army, I'll also show (again) some of the other stuff that's been repainted over the years.

This is my watchtower, which will be the centerpiece of my army. In my army's fluff, they represent members of a military order tasked with patrolling a river and great forest, stopping along at various watchtowers to check on the garrisons and get reports. This is one of those towers and its crew, cannibalized from various Empire artillery pieces.

The crews' bases are painted as stone because they were painted before I had built the blockhouse topper on top of the stone tower base. If I repaint the gun crew, they would get planked bases to match the wooden floor.

I'm on the fence about repainting these figures: I love the colors (and would keep them,) and even the technique is good enough for my current taste, but these were too heavily varnished, so they're not as crisp as I'd like. They look great from a distance, but up close, tiny details start to bloat a bit, and hair and wood grain (on the cannon) flatten out. For sure, I will repaint the guns -- a cannon, volleygun and mortar -- as representatives of Empires artillery mainstays, especially now that stripping paint is as simple as waiting a night :) 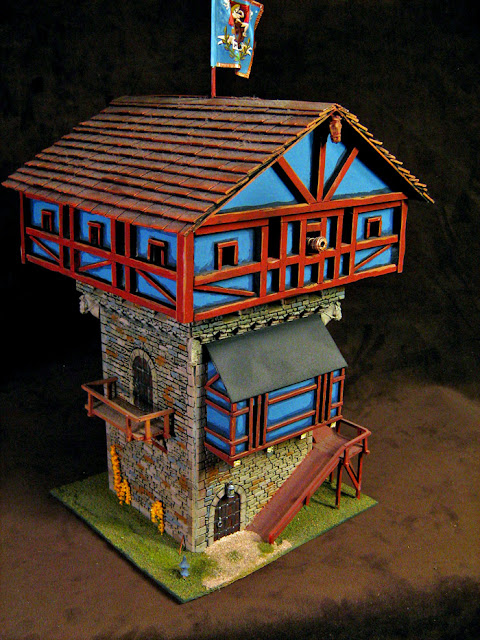 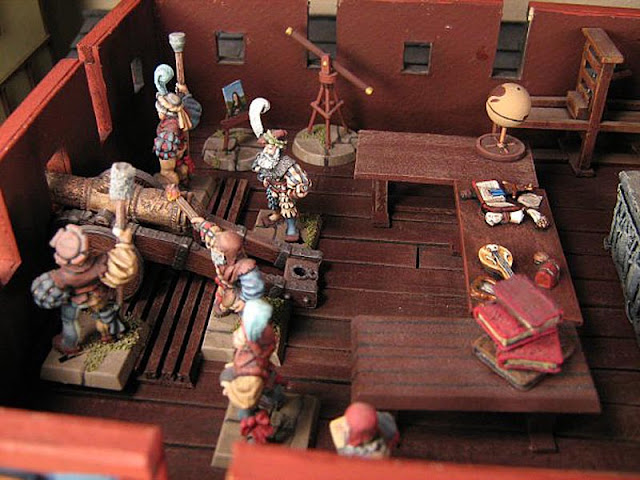 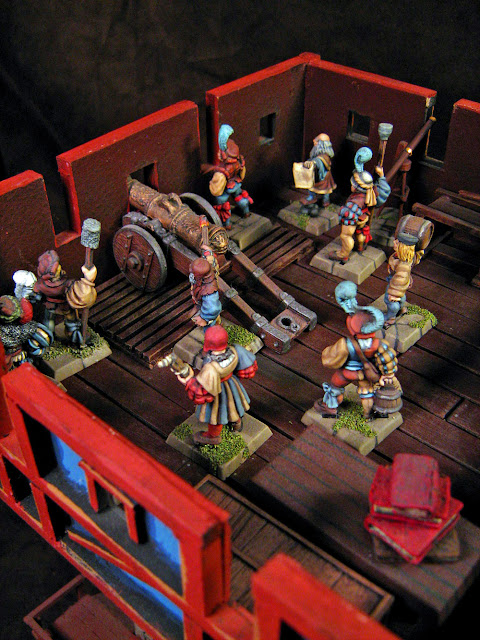 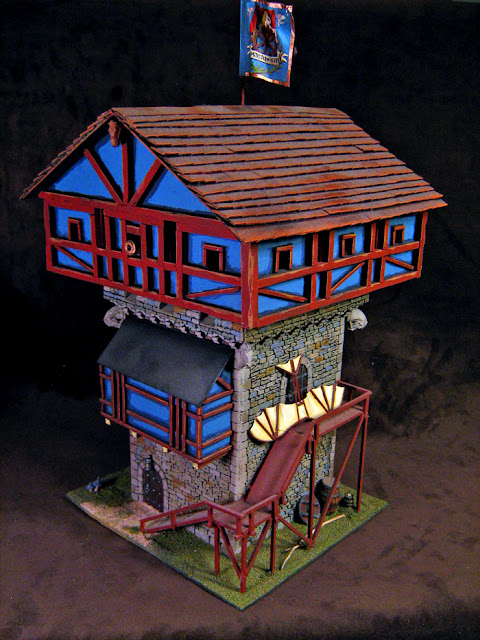