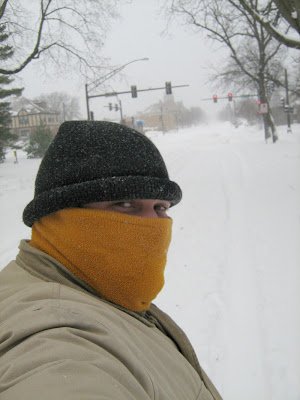 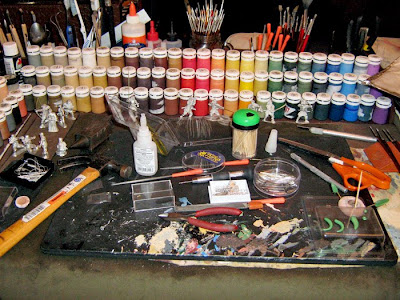 With the first blizzard of the year raging outside, I had plenty excuse to stay indoors and work on my samurai. And, well, I finished all the build work! Still waiting for bases to be delivered (and will be waiting longer because of the storm). I'll be using 40mm bases for these figures; this size of base is maybe a touch-JUST a touch-too big, but 30mm was way too small.

Usually, I'll cut away the integral bases and pin the figures direct to a greenstuff-filled display base, but that's usually because I'll have the figure standing on stone of some sort. This time I'm leaving the integral bases on- one-because these are substantial bases which would require a lot of work, and two, the figures will mostly be standing in grass with some shrub and tallgrass accents. Anyway, here's my little 42mm samurai gang all put together with new weapons, various sashimono and new crests. 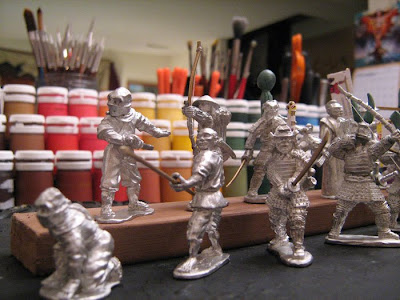 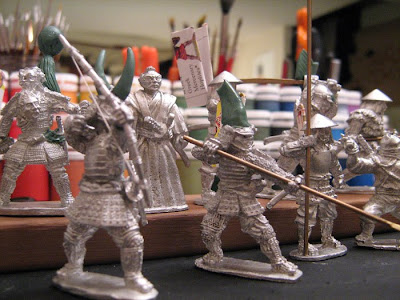 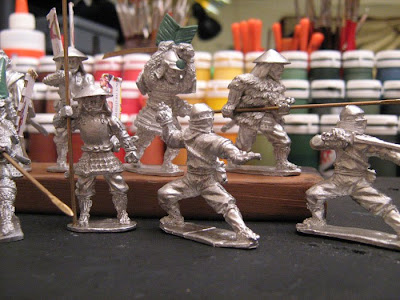