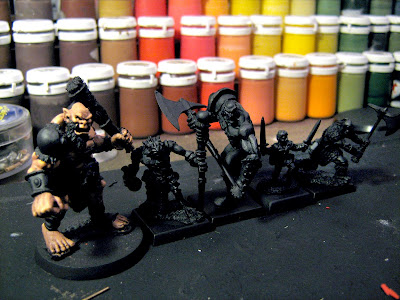 I was gettin' kinda depressed that I'm about to get some time off (and away from the blog), and that the previous (photo-less) post might be the last for a week or so.
So here's another post with a couple small pics of what I have lined up. I have a few Reaper figures for Jeff, and, for War Rocket, I have these old Ork and Imperial fighters from Games Workshop. These ships are still available from GW's specialist store (under Epic), but they aren't cheap: around $20 for a group of 3 or 4. They are JUST a tad smaller than their War Rocket counterparts, but close enough. I will paint these up in some rough schemes to act as Class 1 pirate ships, for use in demoing the game. Rules-wise (until actual pirate stats come out), I'll use Imperial movement rules. 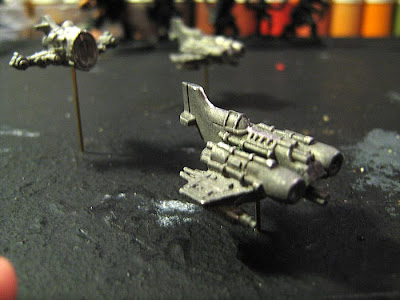