The whole lot is $300 -- that's a LOT more than I usually sell stuff at, but I actually kinda like these figures; I'm a touch reluctant to let them go, but I know they'll never see any action if they stay with me.

The lucky money-giver will not only get a full size ready-to-go fleet (includes shipping, a Chessex figure case and a couple smallish random cargo craft), but you will also get a small history behind these ships, after all, this is the 523rd Squadron - Sagan's Sideshow! 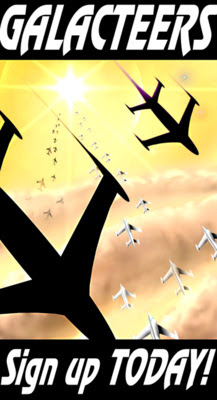 You'll also get bragging rights: You can tell your opponents that the artist who did the illustration on the back of the War Rocket rulebook sold you this, his own beautiful fleet.

Many of the Class 2 ships have been slightly modified with sensor humps or other small fuselage modifications (because, as the history goes, this squadron is technically a survey squadron, but it likes to fight). All the ships are mounted with brass rods onto lipped bases that have been leveled off with green stuff.

If you're interested, send me an email at evilcartoonist at yahoo. Domestic U.S. orders only (shipping is pricey.)

1 x Class 3 Ship with a little radar dish I added
8 x Class 2 ships with various small modifications (mostly sensory equipment)
12 x Class 1 ships: 8 are painted in the 523rd's colors, 2 are painted in the yellow/silver of the old Star eagles squadron (predecessor of the 523rd), and 2 are prototype paints I tried out when I was working out a color scheme for this fleet.
2 x small auxiliary craft I made from green stuff and a few random bits.
(There is still a little bit of space left in the case for a couple more Class 1 or Class 2 ships.)
Note on photos: The names are the call signs. They're all carnival-related since the squadron is called Sagan's "sideshow." Also, I reused a couple fighters in the photos below. There are four not shown: two fighters have grey noses with yellow fuselages, and two have silver fuselages instead of the gray. But they have the same level of skill applied to them - in other words, they'll fit right in! 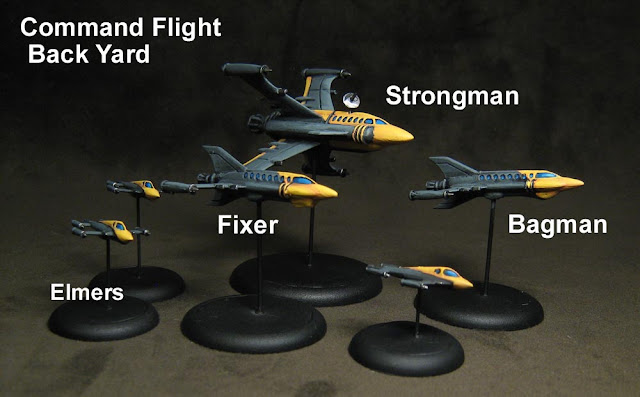 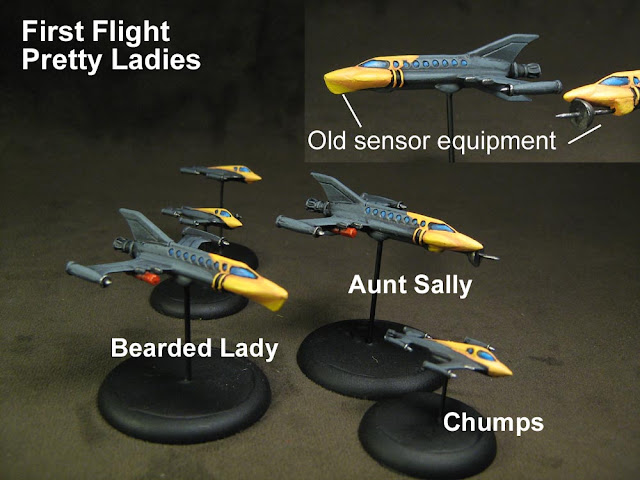 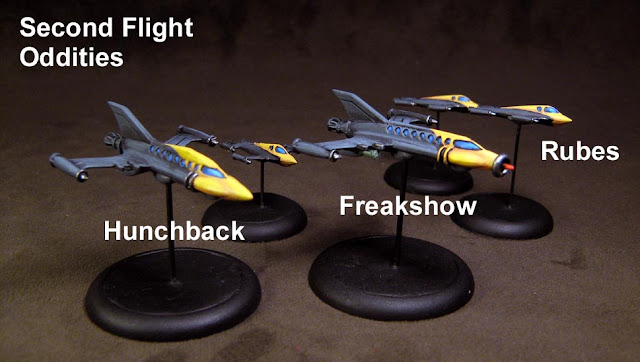 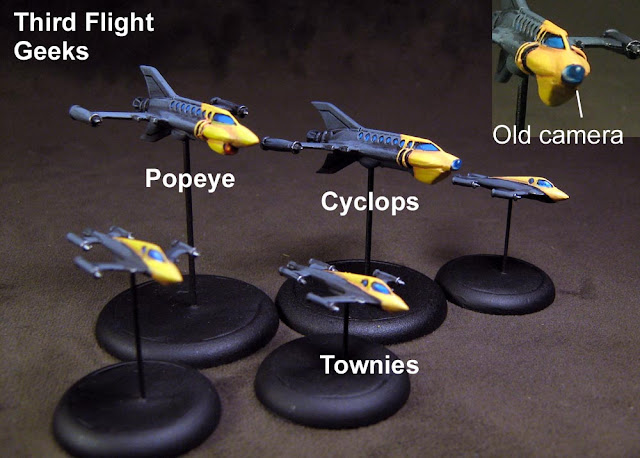 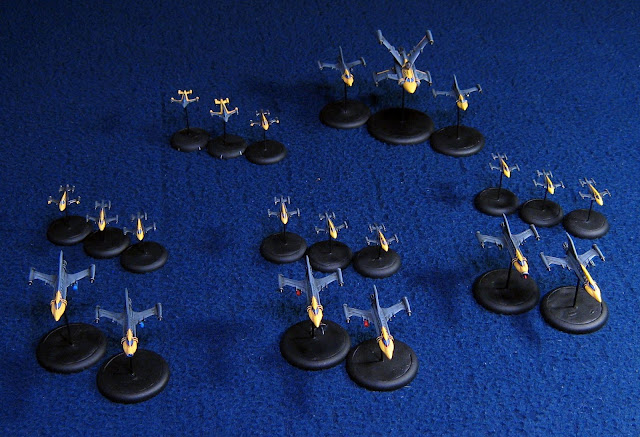