42mm samurai: Samurai trying to get ahead

This is a pretty wicked sculpt. If you like painting heads, this is the figure for you. I don't enjoy painting heads, but, despite the numerous heads and fine detail, this has been one of the easier samurai to paint.
The sashimono is another of my own creations; I wanted to continue the theme of decapitated heads by making a sashimono resembling a bag that would hold a head before its presentation.
You might notice his torso looks like it's bare/unarmored; It's actually armor shaped to look like a monk's body. If you happen to have the Stephen Turnbull book "Samurai Warriors," you can see this armor illustrated on page 100. In fact, I'm willing to bet Steve Barber was inspired to copy the armor on this figure straight from that illustration.

If you're thinking about purchasing Steve Barber samurai, and you want this particular figure, it is listed under SAM29 Samurai Hero.

I can hear this guy's comrades: 'Bob, you're a great warrior and all, but you're really creeping out the younger guys with that head-in-the-mouth thing you have going there."

VISITORS FROM STEVE BARBER MODELS: Thanks for visiting! Below is the rest of my collection (as of 12-7-13.) I've also added a few general notes about the figures. If you want more details, do a search on my blog for "42mm samurai."

This is my collection of 42mm samurai by Steve Barber Models. This is one of my favorite collections among all my miniatures. The range is somewhat limited in the way of unarmored figures (for those who are fans of chambara, like me,) but there are enough armored poses to put together a nice army.

All of these figures have had some conversion work. Most of the conversions involve simply replacing the weapons with my own, hand-hammered blades and spears (pounded out of brass rod.)

All of the banners and sashimono are made from doubled-over paper and brass rod. There is quite a bit of green stuff (kneadatite) work on some of the figures, especially the black ashigaru on which I added the sleeveless jackets.

Some poses were simply impossible with my skill, so I commissioned a couple figures, the archer monk shown here, and a new multipart samurai not yet released at the time of this post. I may commission new arms and heads for the multipart samurai in the future. 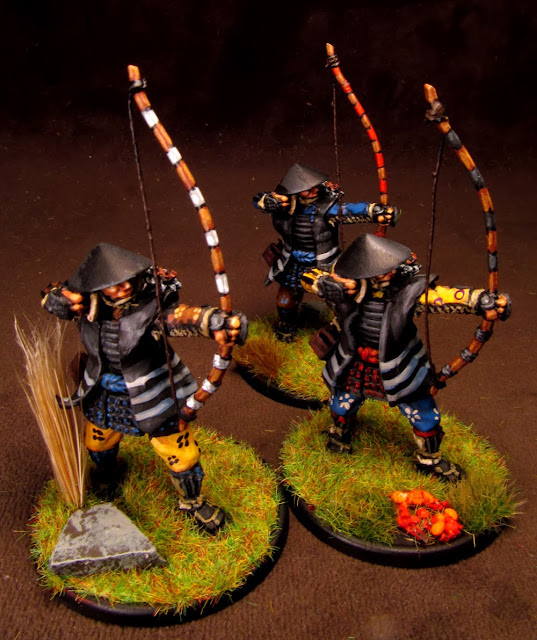 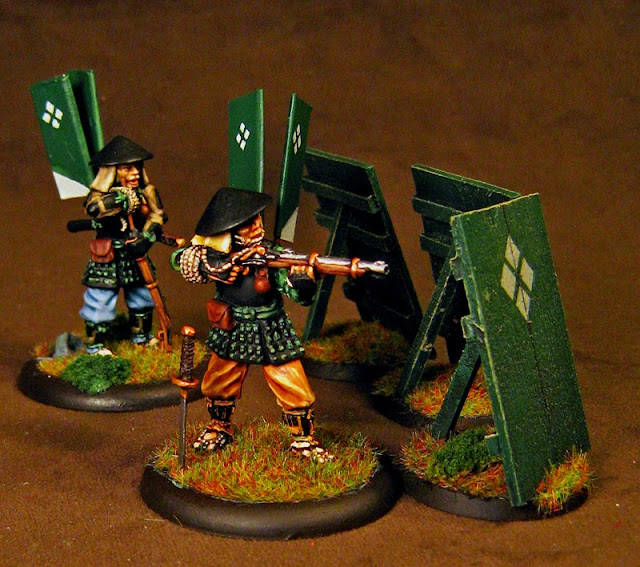 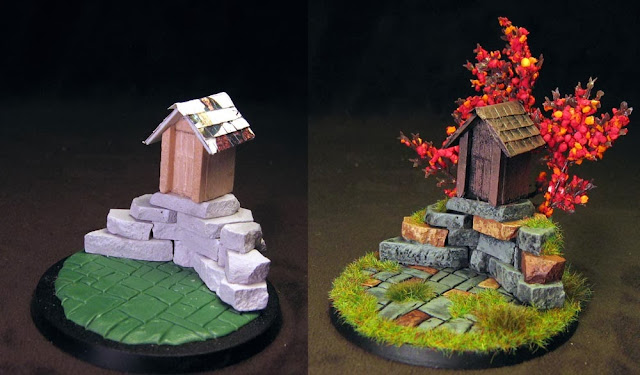 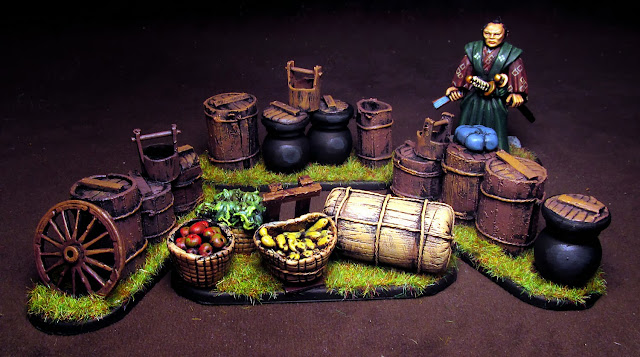