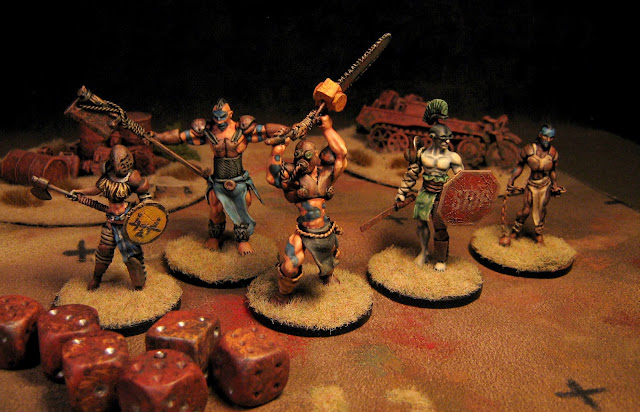 I'm looking forward to the impending release of Red Sand Black Moon by Two Hour Wargames. The game is similar to Red Sand Blue Sky (Roman gladiator fighting), but is geared toward a fantasy setting.

Reading over at the Yahoo group, it looks like there'll be a much wider selection of weapons as well as a larger selection of signatures (used to refine and define your fighter as an individual.) 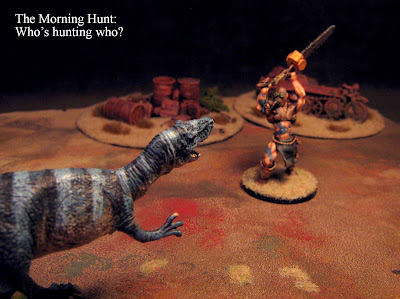 I'll be using my post-apocalyptic gladiators to play - not that I couldn't use Red Sand Blue Sky (and I have) but it looks like the expansion of options will make it easier to convert into a post-apoc setting. And with the addition of more races (including larger things such as trolls), hopefully it'll be easier to stat out some more beasts (maybe some post-apoc dinosaurs, mutants, green screamers and such.)

Thunderdome will rock again! (Well, for some of my longtime followers, you may remember my own homebrew: Septimontium - That's where my fights will rock.)
Email ThisBlogThis!Share to TwitterShare to FacebookShare to Pinterest