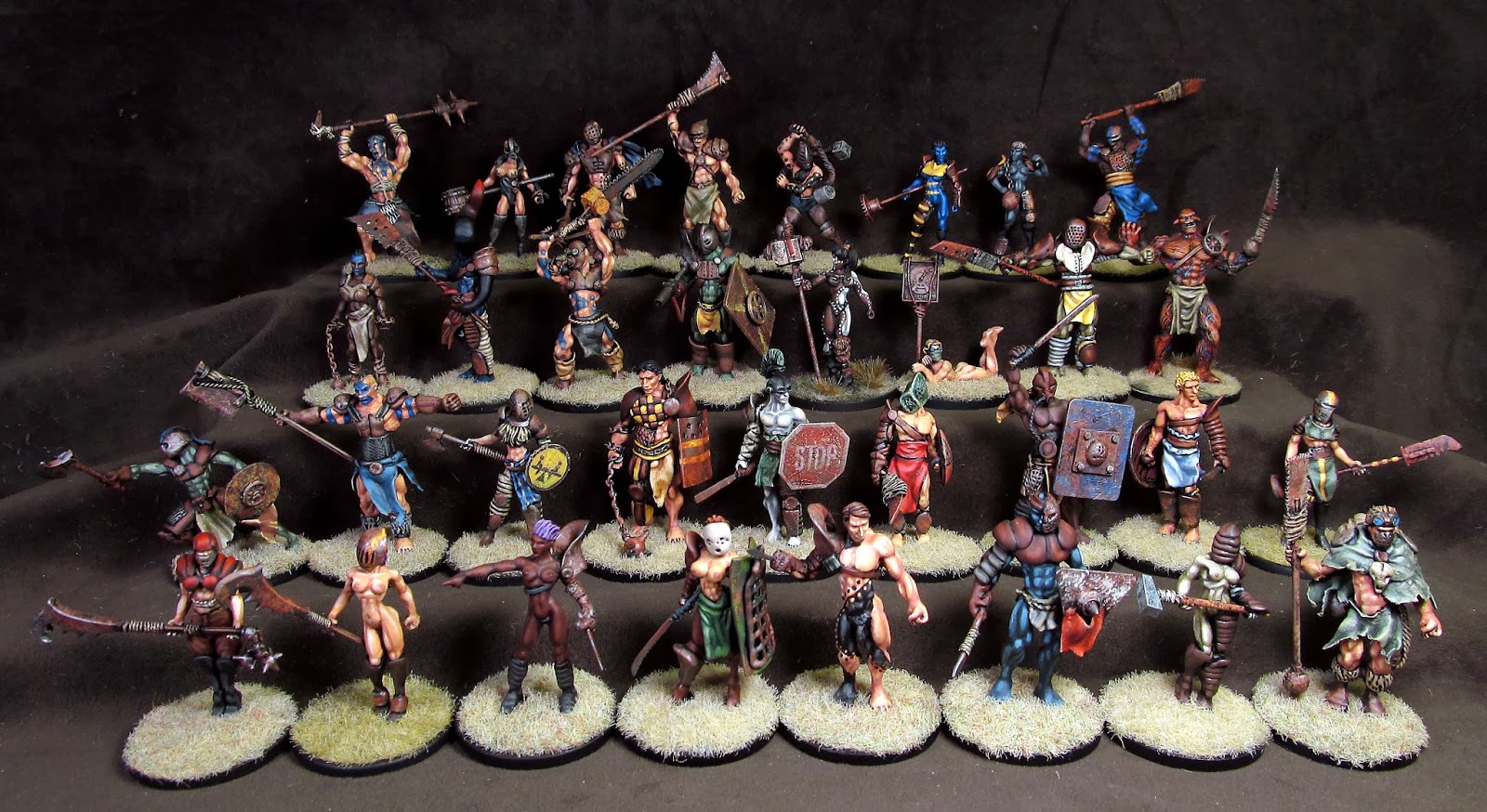 As long as I have this little terrace setup, I might as well take photos of a couple more collections. These are my 54mm Apocalators (post-apoc gladiators). This group also includes many figures I use to play Qwik, by Two Hour Wargames.

The group below is my Waiteri tribe. I originally made them with the intent of playing some nice large-scale games of Tusk. After I created a bunch of the post-apoc figures, I wrote the Waiteri into the background/setting I've created for the rest of my PA figures (which is the same setting as "Machinas," by the way.) So I have plenty of post-apoc figures now for a good skirmish or small battle.

The wolf is from Reaper miniatures, and the tribesman second from right in the front row below is an old heavily converted ancient German sculpt by Alpha Miniatures (now by Black Cat Miniatures.) All the other figures, in both photos, were heavily converted using Bronze Age Miniatures' 54mm generic range.