My Steve Barber collection -the rest of the samurai 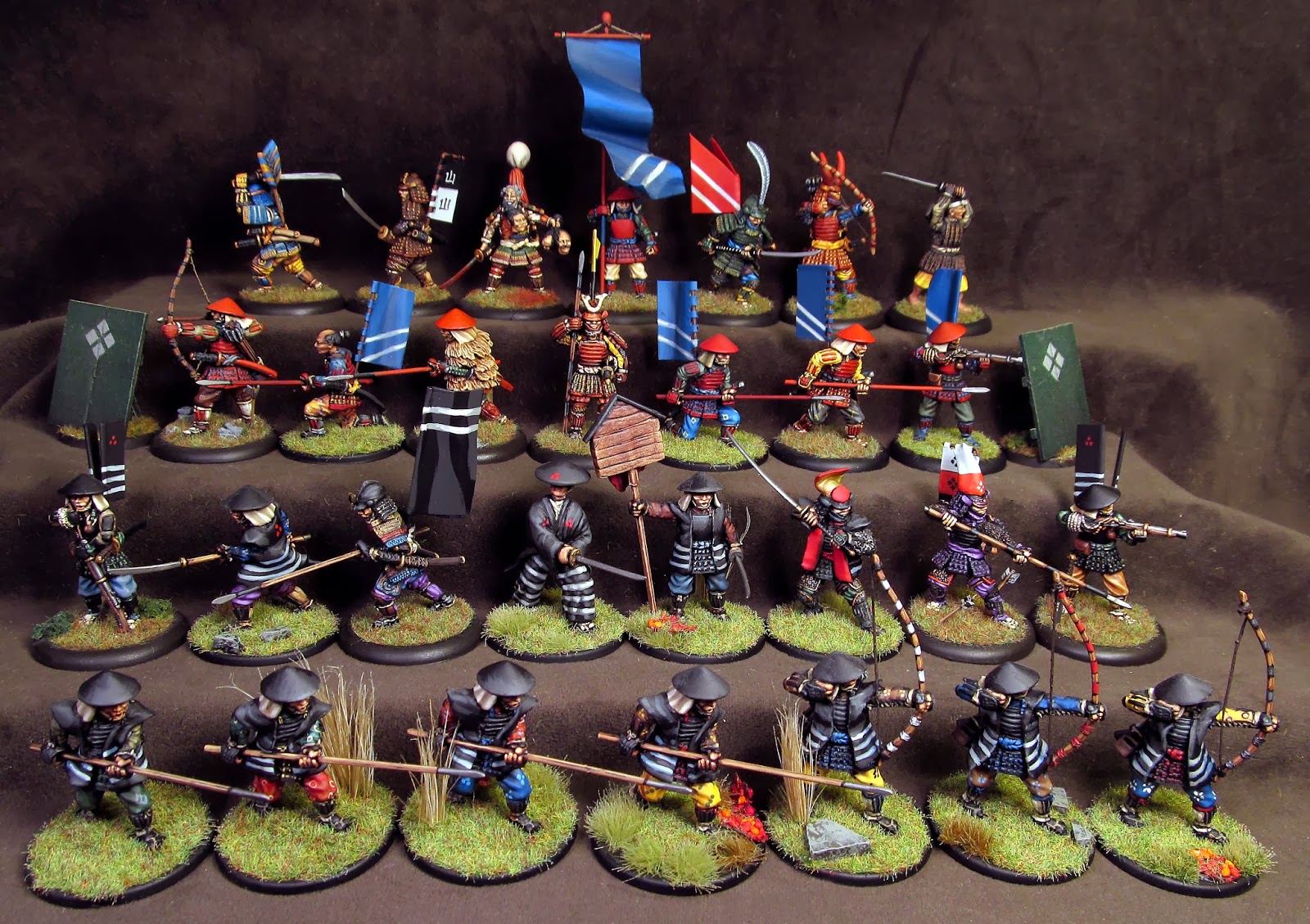 ... And here are all of my armored Steve barber samurai, divided into a couple factions. The red figures have been mostly left alone, most of the conversion work going to the sashimono and crests. All the figures here (and in the previous post) have had their weapons replaced with ones I've hammered and shaped out of brass rod.

The black faction here has had the most conversion work: Almost all of them are wearing a sleeveless haori-type jacket (I forget the correct name) that I added using greenstuff. I also custom built the wooden nobori and the helmet crests on the leaders.

That's it; that's my entire collection of Steve Barber Samurai. Want your own? Go to Steve Barber Models and look under the 42mm ranges. Are you looking to try a different scale but samurai aren't your thing? Steve's 42mm ranges also include some Three Musketeers, and Conquistadors and Aztecs. Sure, it's a niche scale, but if you've been wanting to try painting a larger scale figure, these are a great in-between stage on which to practice. And at 3.50 pounds per figure, the price is pretty good for the scale (and especially the sculpting quality.)
Email ThisBlogThis!Share to TwitterShare to FacebookShare to Pinterest