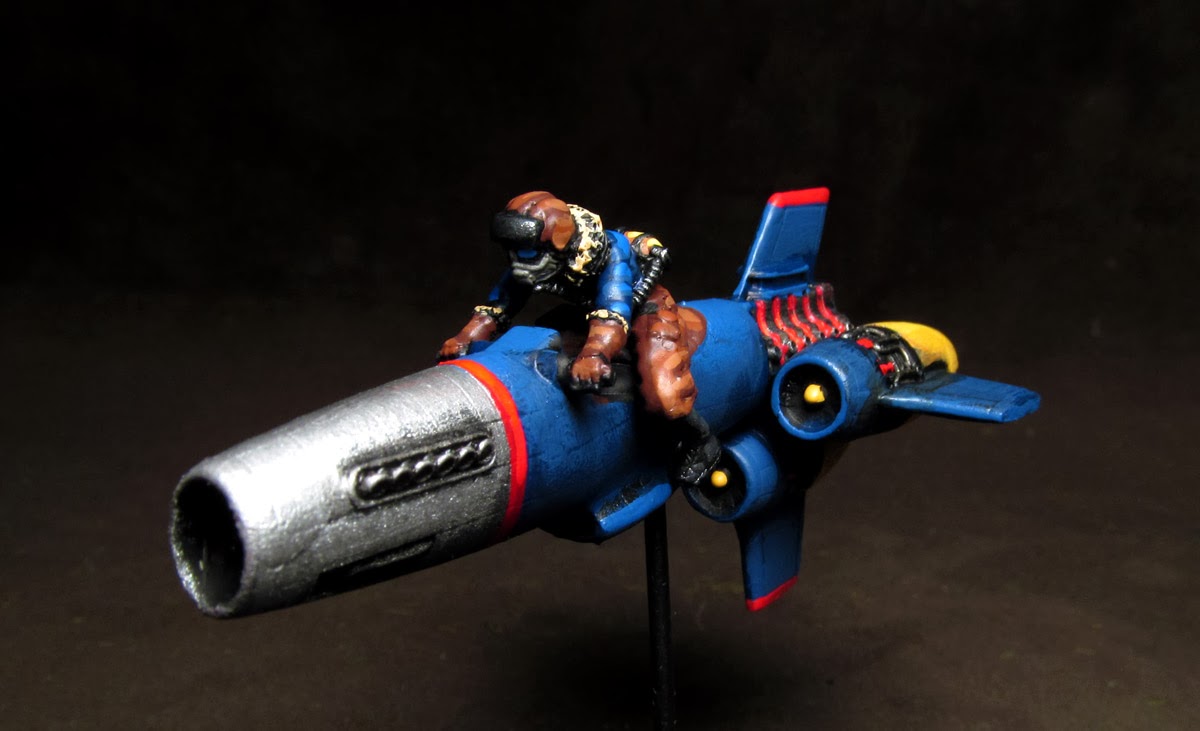 Here are my last two HS-38 rocket conversions (from Bombshell Miniatures.) The X-3 was pretty straightforward: I added a third engine and fin below the two main engines. It was a simple conversion. The only other thing I had to change was to level out the original wings. 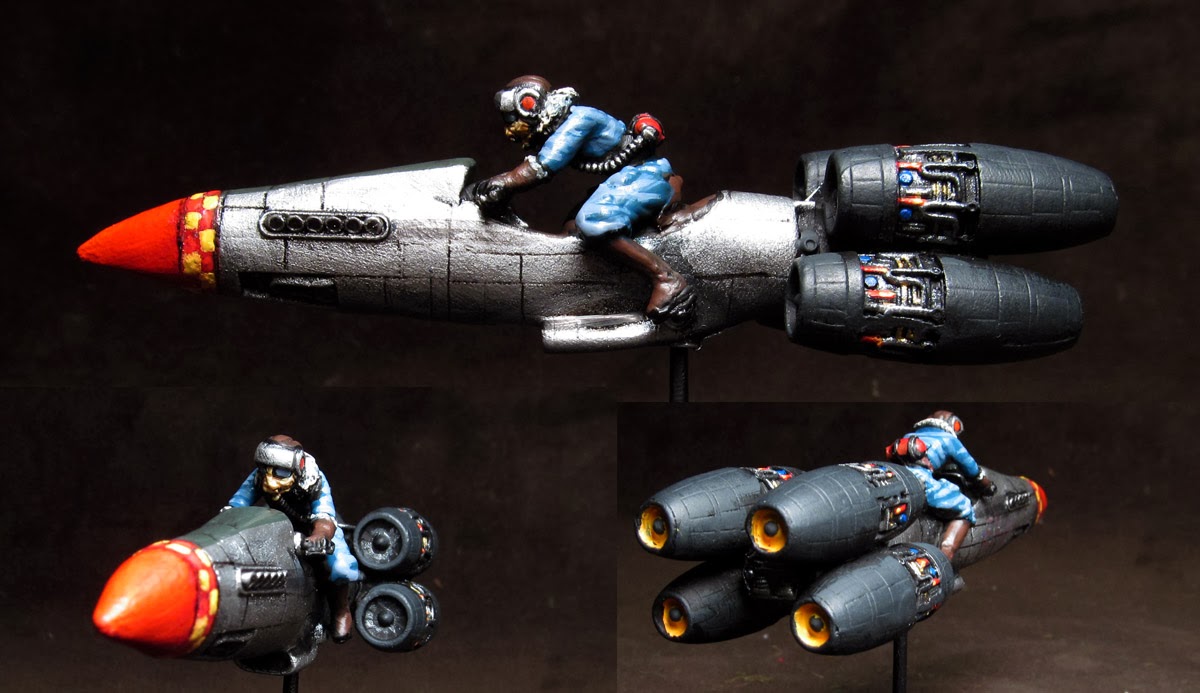 The second rocket has had the wings removed since I last posted a photo. I had some extra green stuff so I added some extra body work over the top of the main fuselage in front of the pilot. The paint job on the fuselage is take straight from a P-51 Mustang.

So that ends a quick flurry of painting over the past week or two. I still have a lot of zombies to paint, and I'm still working on my rocket racing rules. I'm also in the mood to maybe play a couple skirmish games with the new samurai. 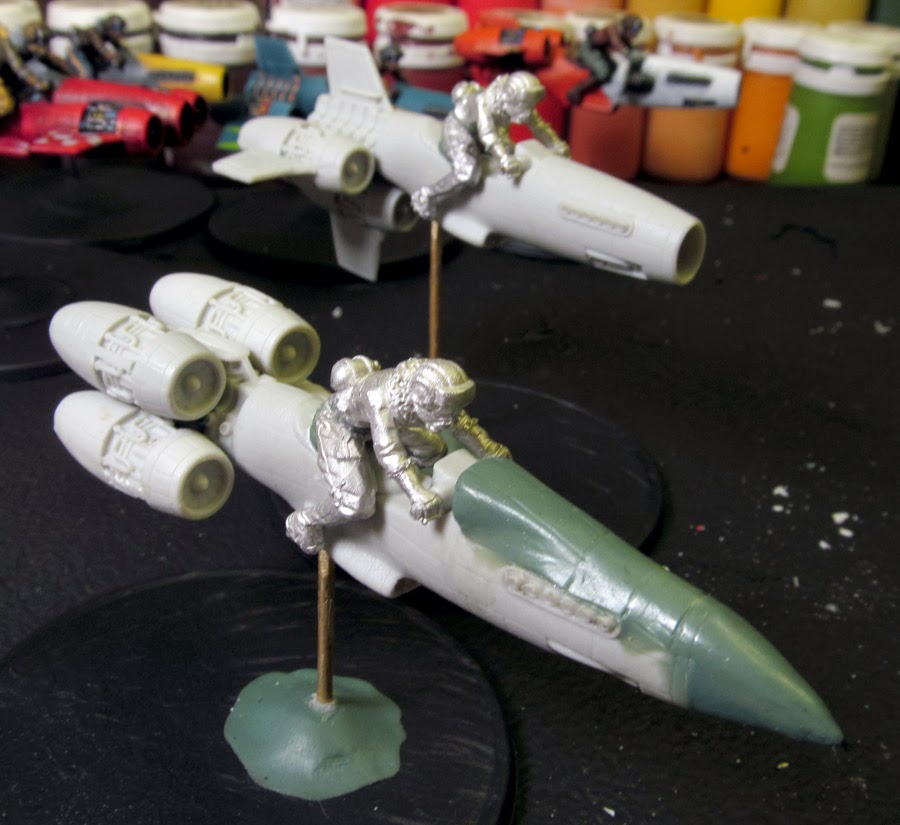