Things made of stone (and Sculpey) 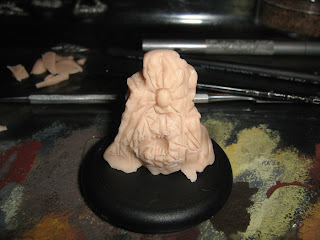 I've been wanting a stone lurker for my little D&D collection, but I don't like spending money on stuff that looks like rocks. It's not as good as most of the stuff out there, but it's handmade and it's mine. The lurker is baking in the oven right now. I've poked a few holes in its sides; this is where the tentacles will insert.

I'll make the tentacles out of green stuff. I won't make actual tentacles with suckers and planes and all- I'm gonna do the simple rolled-green stuff versions (I prefer the whip look over the tentacle look for the lurker, anyway.)

I'll also add some large rocks and gravel (and a couple grass tuffs) to the lurker to fill out the base. Looking a little further ahead, I think I will paint the eye as a giant gem (much like the beholder I recently posted.)

I had some leftover Sculpey from the stone lurker's body, so I played around with it and managed to make a convincing dragon's head. I only did one side of the face- I wasn't very dedicated. But what to do with it? I didn't want to destroy it. In the end, I've decided it will be the stone head of some long-ago-broken statue. I think I'll use it to decorate a base. It's large, so it'd need to decorate the base of a large monster, which I don't have many to choose from, yet. Perhaps I could use it for one of my 54mm figures? 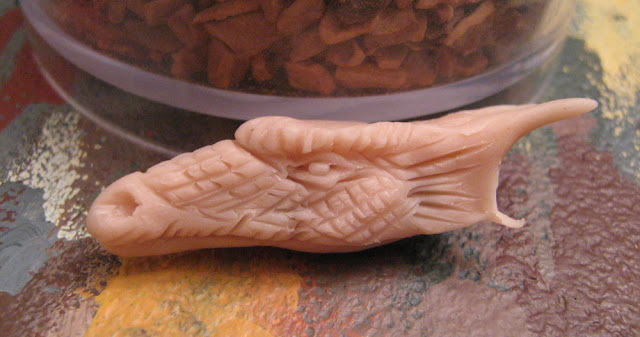