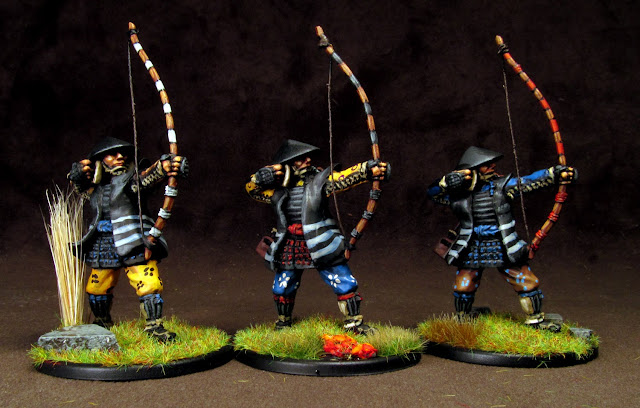 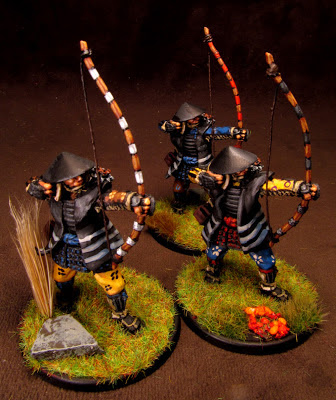 Here are the archers for Kaage's band. These are my favorite of the group, mostly because they are so colorful. I'm hoping Steve Barber eventually does an unarmored samurai archer.

I love the look of samurai bows (yumi in Japanese.) I like their varying colors, their asymmetrical construction and their shear size (over two meters tall- taller than most samurai of the day.)

These figures, just as my yari squad, have had haori jackets added with green stuff. I've also replace part of the bows. The original figures have the bottom half of the bow as an integral part of the figure, but the top half is a separate piece you attach to the figure. I replaced that top half with pieces of lightly hammered brass rod. I replaced the bows so that I could have a more durable figure and so that I could have a much larger bow.

Next up are Lord Kaage and his banner man. 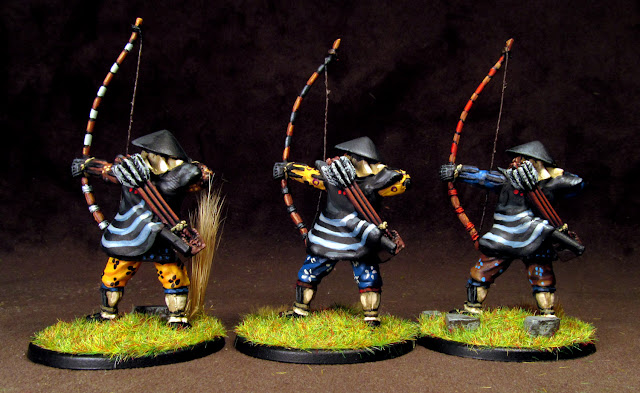