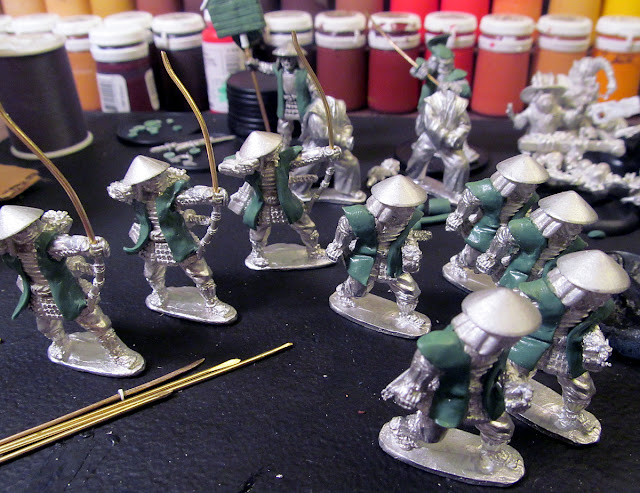 Just a quick update, here is the Kaage retinue, ashigaru all in haori jackets.
All the weapons are pounded out, shaped and filed. The bows will be glued in and strung once the haori are finished.

The haori represent about three or four days' work, on-and-off. I'm doing the jackets in steps so I can try to keep the lines clean and blended. For each step, I use a flattened piece of uncured green stuff that I've cut into a specific pattern, depending on where it'll be placed on the figure. I started with shoulders, then did front lapels and upper backs, allowing the green stuff to cure fully between each step. Later, I'll go back and patch up any stray cracks or seams.

Hmm, now that I know that I can (sort of) do haori, I wonder how difficult it would be to use the technique to make longer robes? Then I could make some sohei! (warrior monks.)