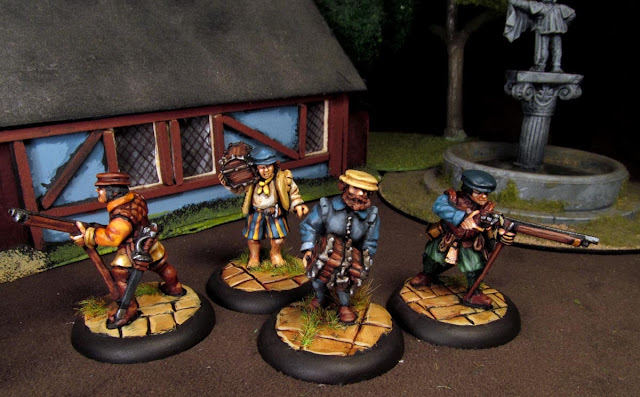 Captain Blakes crew set forth into the city, carrying the gold asked for by El Siciliano.
Blake and his crew were a bit unnerved, carrying such an amount of gold through the poor town. Usually, this sort of transaction would take place either officially or quietly.

Though, the gold had to travel through population, Captain Blake still had a reliable crew to protect the cargo. Two of his best gunners escorted the gold. And the men carrying the chests were no simple-minded, sea dogs either. Old Jake was one of the finest knife men in London, though, most who could attest to the fact sleep in the Thames.
Email ThisBlogThis!Share to TwitterShare to FacebookShare to Pinterest