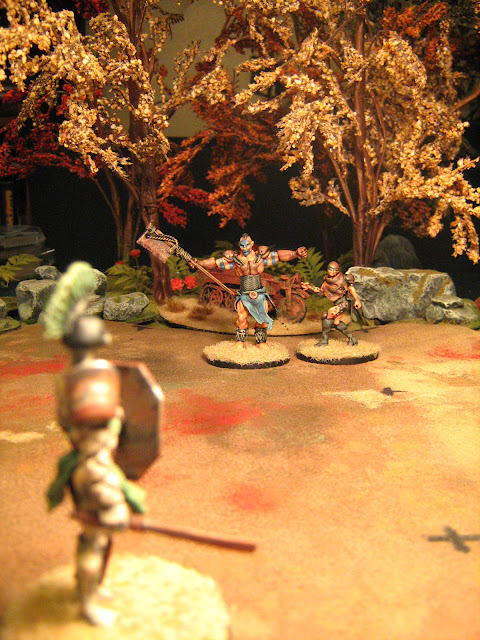 Notes: The rules (by Two Hour Wargames) are great! There are a ton of signatures to customize your fighters, and everything is compatible with Red Sand, Blue Sky.
I kept this report purely narrative, but it is based on my first game using the rules. Also, the rules are geared toward a fantasy setting (with stats for all your classic favorites - orcs, goblins, elves, trolls, ogres, etc.) but the system is flexible enough to convert to a post-apoc/Thunderdome setting (or just about any other genre that has melee combat.)
And lastly, to give you an idea of the brutality of this rule set, this specific game only lasted the first turn! (Even though only one fighter had the initiative, both were quite active during that one turn -- One of the great things I like about THW rulesets.)
(The figures are conversions from Bronze Age Miniatures, and I think it may be time for a couple more.)

It was only a slight bump in the Karthij market, but it was enough for Brutus to issue a brash challenge to the offender.
"No one touches Brutus Driver! I'm the best Qwik driver in the Rest of the Wasteland- and master with the halberd! I want your blood, waste rat!"
Only after Brutus had issued his challenge did he realize who his opponent was. It was Legarius of Capyooa, apocalator of the Wasteland, and he had been on a blood quest seeking just such a moment to hone his skills.
Legarius eyed Brutus and smiled lightly.
"Qwik is your game, and quick is your action, blood seeker. I accept your challenge. Place and time, driver?"
Brutus could not back down now. His reputation as a Qwik player and as a warrior stood on the brink.
"There's a field south of the Hell Forest- I'll see you at high sun!" 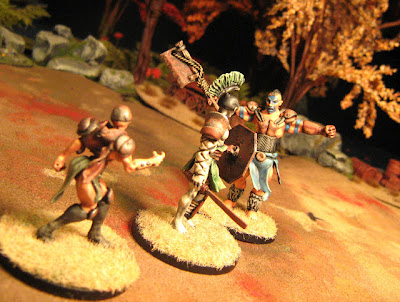 As an apocalator, Legarius was balanced in his abilities and master with the sword and shield.
Brutus was more talk than skill, but his experience on the qwik fields has given him great speed and reflexes, dangerous when coupled with his halberd. Still, Legarius outclassed Brutus, and they both knew it.
At the Hell Forest arena, the two fighters faced off. As a witness to the day's earlier events, Sharon of Styx was chosen to be patron to ensure that the fight was honorable.

Brutus took the initiative and quickly moved to the center of the arena with Legarius moving in to meet him. Brutus knew his weapon and had started to swing the nasty halberd before the two fighters reached one another. But it was a feint! Brutus reversed his swing impossibly and came down on Legarius's unshielded side. Legarius, having fought more than 50 fights, had fortunately seen this maneuver before and was able to dodge the attack, sending Brutus's halberd into sand and rock. Brutus quickly recovered and the two fighters swung their weapons. 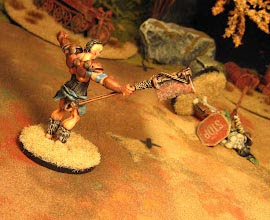 Legarius parried Brutus's halberd again and again but was unable to find an opening to begin his own attack; Brutus had to be relentless; he was fighting scared.
And then it happened. Legarius, going all out, missed his mark, lost his balance and went stumbling past Brutus.
"South sands!" cursed Legarius.

And those proved to be the fighter's final words; as Legarius fell, Brutus was able to swing his halberd into Legarius's lower back, and the heavy rusted blade severed muscle, sinew and spine -- a killing stroke!
Outclassed in fighting ability and manners, Brutus's victory not only boosted his fighting ability and confidence, but also his reputation and his loud mouth. 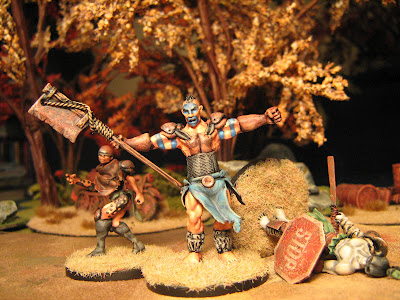