Septimontium History: The Oppenheimer and other notes

Just as most cultures have their own creation myths, so does my post apocalyptic world -- Yeah, I kept this one not-so-serious: 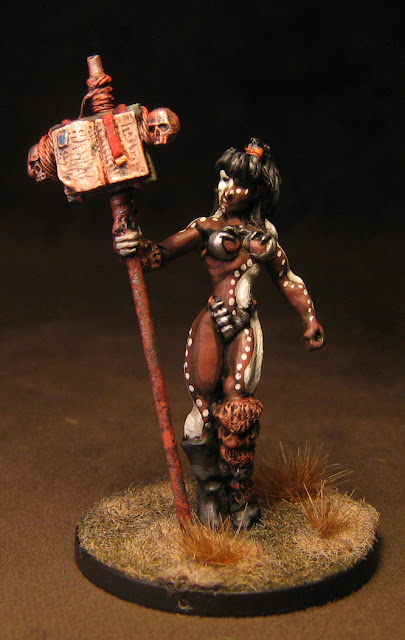 In the time before history, the world was dark and desolate. The Oppenheimer, who lived high on the summit of Mount Losalamos gathered many metals from the plains below, and with them he created the first people.

The Oppenheimer also created other things to benefit his people, such as houses and animals and automobiles and grocery stores. But the people could not see in the darkness and stumbled around like blind ants and feared all of The Oppenheimer's other creations. So The Oppenheimer clapped his hands once, and there was light!

And the houses and grocery stores were destroyed, and the land became the new home. And automobiles were made scarce so that people would not travel from the view of Mount Losalamos. And animals were transformed into fantastic new shapes so that they would not scare anyone. And The Oppenheimer said, "I am become Life, creator of worlds!"


Religion and History: There's actually not a lot of religion in Septimontium. It's simple: Anything the way it is, is because that's how The Oppenheimer made it (or because the Tomes of Man told man to do it that way). There are no religious leaders -- you don't need any when you already know everything is the way it's supposed to be. Any group called "priests" (War Priests, Gene Priests, Oak Street Priests) aren't really priests, but rather more managerial leaders of those groups. War priests deal with war, Gene with science, and Oak Street with culture -- the Tomes of Man were discovered in a buried temple called 7602 Oak Street.

The Tomes of Man include "The Decline and Fall of the Roman Empire," a few issues of "Popular Mechanics," "Roughing It" (by Mark Twain) and "The Complete Idiot's Guide to Better Skin." Everything is poorly translated. For example, the priests think it's actually titled "The Rise and Rebirth of the Roman Empire." But society, through the teachings of the Oak Street priests, still use these books as basic guides on how to live. Also, everyone in Septimontium has great skin.

Waiteri: This tribe has knowledge of the past before the "creation." Through careful, oral history, they know exactly who Oppenheimer was and what happened to transform the landscape. They were actually the first society after the "creation," and were responsible for naming most of the new landscape (Wasteland, Rest of the Wasteland, The Only Mountains.)

But when the tomes were discovered, there was a major cultural split. Some of the Waiteri remained primitive (as a form of cultural protest to the ways of The Oppenheimer) while those who split away followed the lessons of the tomes and founded the first city, thus becoming the Septimontiums. The two societies live apart from one another, but in relative peace. Though, there are sometimes encounters.
Email ThisBlogThis!Share to TwitterShare to FacebookShare to Pinterest