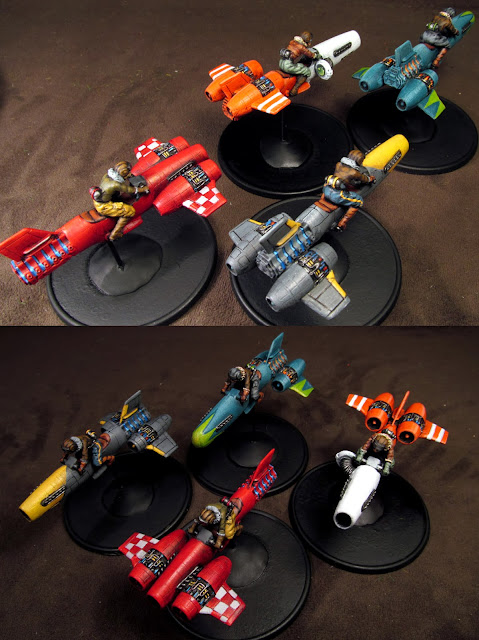 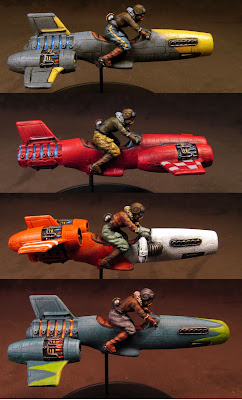 Here are all of my rocket bikes finished. They were all fun to put together and to paint. I ordered a couple more which should be here later this week.

They were all made using the same model (by Bombshell Miniatures,) with the engines repositioned on a couple of the rockets, and a nose cone added to the last rocket.

The only parts not from the package were the much lager 60mm bases I'm using in lieu of the 40mm lipped bases provided, and the small sensor package (random bit) on the right side of the orange/white rocket

I will make one of the next rockets a four-engine, no-wing variant, with all the engines on the back. I'd also like to add an extended nose cone to that one (using green stuff), but I'm not sure I could do something as even as the nose cone on the blue rocket.

Next up will be the new 42mm samurai, followed by a couple more rockets (which have been ordered and shipped.)