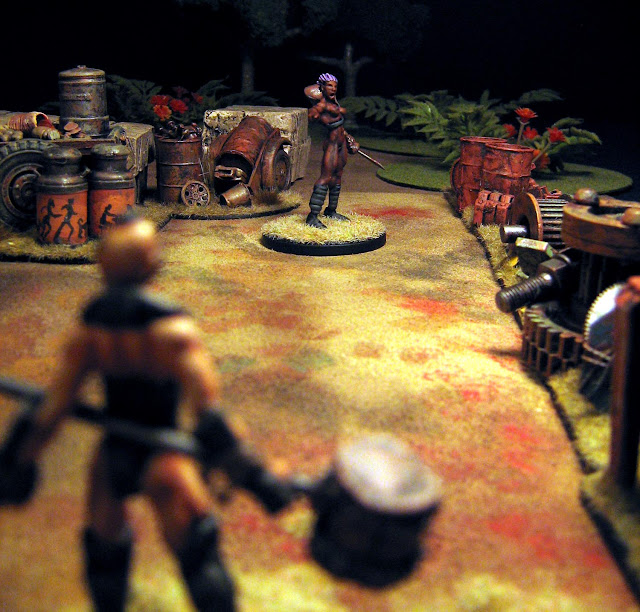 The vendors of the Meat Street Market couldn't take any more. The Crosses gang had taken too much in "protection" money, and their chief enforcer, Vax, had broken too many of the merchants' bones for lack of funds or simply for pure enjoyment. 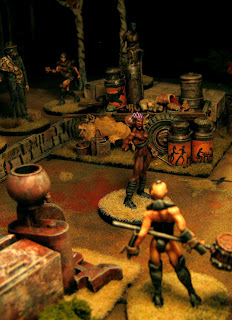 Enter Kirna, driver for the Brownies juggers team, fighter on the Con Sunrisers circuit during the offseason, and new cleaner of Meat Street. Her price was steep, but the merchants saw it as a one-time investment; if Kirna could kill Vax, the merchants would get their livelihoods back, and if she lost, the Crosses would kill everyone on the street, anyway. It was a good investment.

Vax had just began her rounds when she encountered Kirna standing alone in the empty street. Vax knew what was up; word travels fast in the outer towns. Full of cockiness, she smiled, pointed at Kirna to accept the challenge and made her move.

Vax was a knifer, and with plenty of strength behind her shortsword, but Kirna was experienced in battling skilled fighters. Still, Vax had a little knowledge of the streets and moved herself into a small alley to try to negate the effectiveness of Kirna's two-handed hammer. Kirna would not fall for the ruse and kept to the main street. Positioning her long knife to strike, Vax smiled and trotted at Kirna. 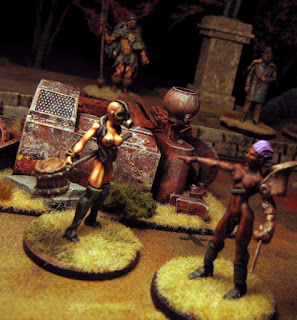 Vax thrust with her blade and missed; Kirna swung her hammer over Vax's ducking head. The hammer came around again, and though Vax was able to parry the heavy hammerhead away with her armored gauntlet, the strong blow still knocked her to the ground. Kirna brought the hammer down, but Vax was able to dodge the strike.

Vax's cockiness easily gave way to anger, and she charged at Kirna. Kirna had fought brute strength before. She knew that brutes usually backed up their strength only with rage. Kirna brought smarts. And it was her smarts that easily dodged Vax's attack, while, at the same time, bringing the hammer square into Vax's chest.

Vax went down without a sound, dead on impact. And with her death, quickly would come the end of the Crosses gang. Meat Street was soon back to business. 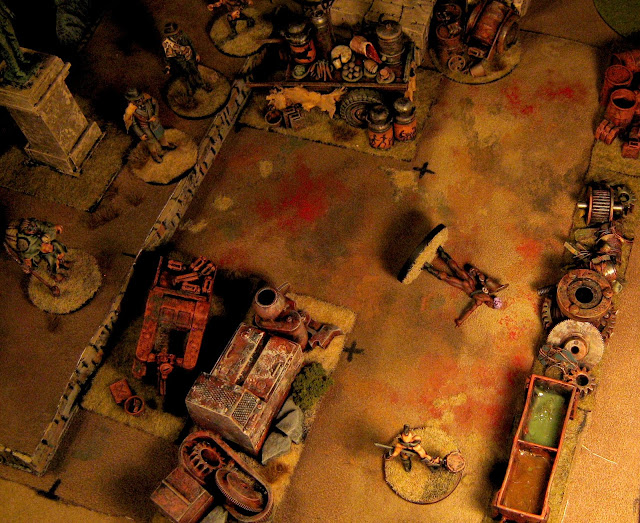