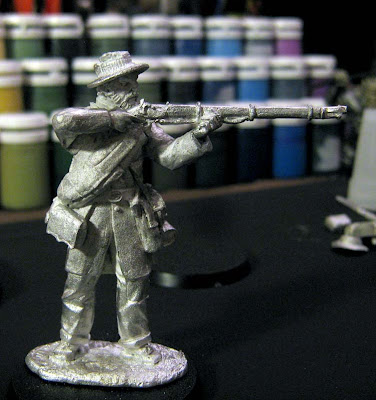 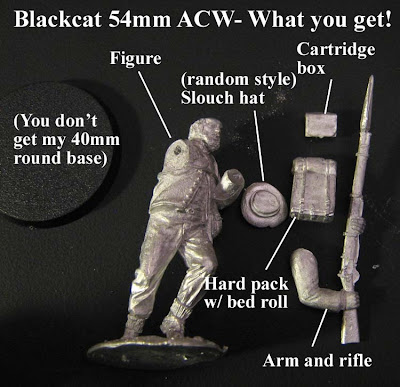 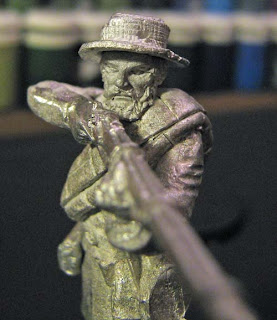 Just as I began to lament the lack of (new) figures to paint, my latest Blackcat order arrived! The figures inside are just a touch more diverse: Some more gladiators to be converted, a couple ancient Roman boxers, AND a couple 54mm American Civil War figures- a confederate firing and one advancing. I am impressed with these ACW sculpts! Good proportioning, nice random selection of hats, god poses and great faces (if you want practice painting faces, pick one or two of these up.) That, and they look even more fun to paint than the gladiators. (Don't get me wrong, the gladiators are fantastic, and will serve well in many a gladiator wargame where I hope to win favor with the crowd) but it will be nice to open some new colors up for these ACW figures.

I think I may skip these new gladiators just long enough to paint at least the rebel in the firing pose. Confederates are nice because there is little to no uniform, so they lend themselves to some more relaxed free-form painting. I plan, so far, to do his bedroll up as a quilt. 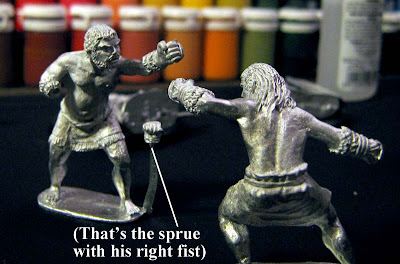 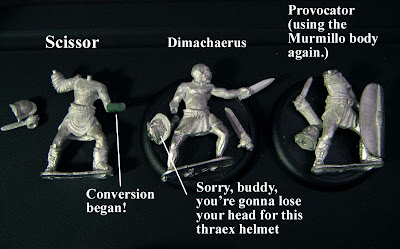 The boxers, I think will be next. They'll serve as some good practice painting more flesh.
Then it's off to the gladiators, converting the secutor into a scissor, the murmillo into a provocator and doing a head swap with the dimachaerus.
Email ThisBlogThis!Share to TwitterShare to FacebookShare to Pinterest